From posters and flyers to billboards and bus stops, you’ve probably seen those strange square barcodes, known as QR Codes, pretty much everywhere and they are fast becoming a powerful force in marketing.

But what are they? A QR code (abbreviated from Quick Response Code) is like a mobile bar code that when scanned using a mobile device (e.g. Android or iPhone) re-directs the user to a web address, a phone number, text, images, maps – just about anywhere!

They essentially act as a connector between the physical and digital world. If a person sees a QR code, they scan it, and are suddenly engaged in your message.

Never seen one? An example of a QR code (which when scanned takes you to www.jobs.ac.uk) is below: 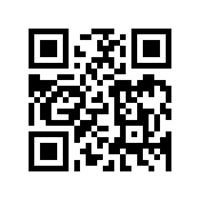 Create your own QR code. For a list of free QR code generators, check out this handy link

Aside from the examples at the start of this blog, many organisations are utilising QR codes in lots of different ways….including staff recruitment.

Most popular examples are;

The downside? While the usage of QR codes is increasing, the technology is still dependent on candidates having a smart phone and a QR reader app installed – so only time will tell if this approach goes more mainstream.

If you know any other applications for QR codes in recruitment, or would like to use one in your next recruitment campaign on jobs.ac.uk, get in touch with me at carl@jobs.ac.uk