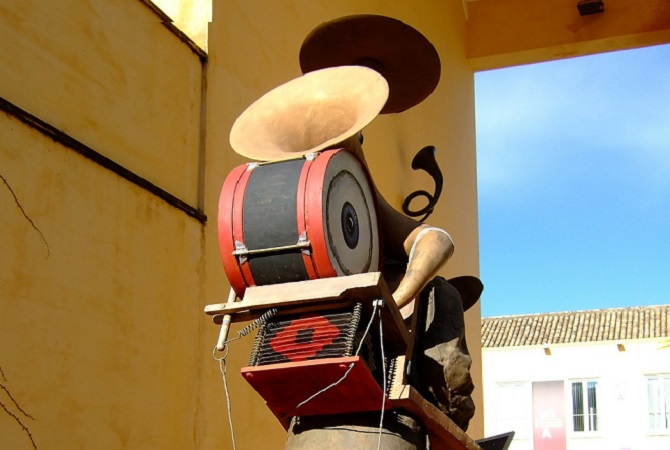 Tricks from an expert: how to identify your skills and boost your confidence

As we’ve been looking a lot at post-phd career paths lately, we’re delighted to feature this guest blogpost from Irene Garcia Losquino, in which she shares a great technique for researchers to identify their skills (both academic and transferable).

When I was eight years old, my mother asked what I wanted to be when I grew up. I did not hesitate: ‘I want to be a Professor one day’. So many years later and my answer is still the same, though I have probably removed the capital letter and got much better ‘intel’ on what being an academic really is. After all, my eight-year-old vision of research and teaching was based, solely, on watching Indiana Jones.

Because of the precariousness of the academic industry, I have always had two careers going on at once and, thanks to that, I have managed to acquire quite a range of skills.  Over the last few years, I have continued my research career at the same time as becoming a researcher developer. Oh, how much I’ve learnt in these years about researchers, about the system in which we work, about the skills we have and the ones we truly need, and about our fears and motivations.

Doing everything, often all at once. Image credit: CC0 Public Domain, via Pixabay

One of the most useful things I have learnt while developing researchers (and, for that matter, a lot of people in other employment sectors) is that we struggle with self-confidence. It is no surprise, as we work in a hyper-competitive context in which our outputs (be it a paper, a presentation, a remark in a meeting, a conversation in a conference lunch) are constantly being judged. So much is asked from us and the list is ever growing: publish more! four-stars! engage the public! have impact! get grants! look and sound like an academic!

Self-confidence is an issue, and sometimes it results from thinking about that long list of requirements and feeling unable to perform on every entry. Many-a-time, the criteria are flawed (e.g. four-star publications for obscure fields of the humanities? everyone has to justify the impact of their research?), but what I can say with certainty after such extensive work with researchers all over Europe is this: most of the time, it is our own perception of what we can do that is flawed. Let me give you an example.

I was working with a researcher who was thinking about taking a career step into the private sector. He had been thinking about it for a while, but he felt so unprepared, so unknowledgeable, so inexperienced, that the only jobs he was considering applying for were graduate jobs. We worked together on finding out what skills he had, and what experience he had to justify those skills. He was so surprised at the amount of skills and experience we could list! We compared it with what was needed out there in the high-tier job market. Where were the gaps he could fill? All of a sudden, he was not a man scared of what he didn’t know. He was a hyper-capable individual whom any company would benefit from having.

I have met so many people who share this same feeling. ‘I have been doing research on hair follicles/Iron-Age inscriptions/ the philosophy of time for years. What do I know about working in industry? What do I know about engaging a public audience? What do I know about writing a “pathways to impact”?’ Truly, the answer is: quite a lot. As researchers, we accumulate so many different skills and experiences that we are equipped to tackle most of anything. Only that… well, we do not know it.  Because we don’t all have a researcher developer to help with building our confidence through understanding our skills (some of you do! check your University’s website) here is a good exercise to start thinking about what skills you actually have. This is a particular game I like playing in my training sessions when dealing with ‘I have no idea how to’ situations. The idea behind it is not dissimilar to other “auditing tools” for researchers, though it is less boring, less overwhelming and, frankly, less demotivating.

Having gathered all that:

You may be reading this thinking it sounds silly, but I promise it is not. In around 90% of the cases I have run this, researchers are beyond surprised by the amount of skills they actually have. This exercise is a good confidence booster: the Post-its that were easier to talk about represent the skills you have most at hand. If you struggled with one note in particular, that defines a very particular thing to work on. The fact that it is a particular topic to tackle as opposed to a bewildering abstract cloud of anxiety about all the things you need to do is in itself a confidence booster. After all, many of our insecurities are the result of not feeling under control. Indiana Jones, always so confident, must have hit life-long research funding very early on.

About the author: Irene Garcia Losquino always wears two hats at once: she is a postdoctoral researcher working on the Viking Age as well as the CEO and Leadership Development Expert at Braelight. After years developing the skills of academics in the UK, she now works with researchers internationally and specialises in female leadership, transitioning into the private sector, and general academic leadership development.

Leave a Reply to Title: Got (or getting) your PhD? Great! But, how likely are you to land an academic job? | piirus.ac.uk blog Cancel reply