4 Sure fire signs that you’ve done well in an interview!

My dad always said to me that “to assume, is to make an ass out of you and me!” Whilst I agree with him, after an interview you do tend to get a gut feeling of how it’s gone!

Gut feelings are instinctive and more often than not, aren’t too far from the truth. In addition to your gut feeling, I’d like to give you a few pointers about some good signs to look for, that tell you the interview has gone well!

How did the conversation flow?

A large proportion of an interviewer’s decision is based on whether they think they could work with you. If the conversation was a joy, this can be a good sign that they felt comfortable with you and could imagine you in the office. 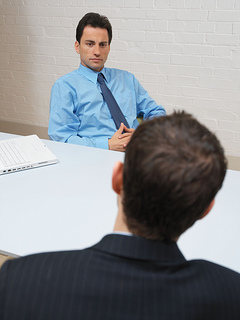 One word of warning though, some interviews by design are very formal, if you have one of these and you feel like you’re getting a grilling, it’s not necessarily going badly, and it could just be the interviewer’s style!

Did they ask about your references?

Asking about your references can be one of the best indicators that they’re interested in you, especially if they do it towards the end of the interview. More than likely, they like the cut of your jib, but want to know that someone will vouch for you! Just make sure you’ve informed your references in advance that they might be called, as being contacted out of the blue is never good!

On your way out of the building or whilst having a tour of the office, if the interviewer introduces you to key players, this could be a good sign that they’re interested! Look at it this way, if you weren’t in with a chance, why bother introducing you to anyone at all?

It’s pretty common for interviewers to say, “I’ll get back to you sometime over the next few weeks.” This is invariably a bad sign. If on the other hand, they’re quite exact about when they’ll get back to you, it often means they like you and that they want to give you a specific date, to ensure that you keep yourself open for the role!

Have you ever assumed that you did terribly in an interview and got it completely wrong? Or, do you look out for particular signs that we should add to the list?

Get involved with the discussion in the comments below!