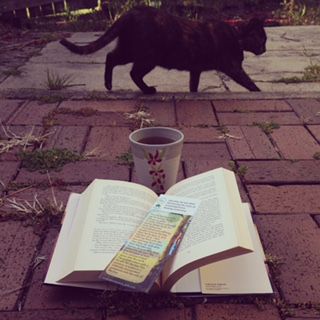 How I found out, how NOT to be an academic

Recently I’ve been following the narrative about working hours in academia. What we talked about on the blog, and what you told us in a Twitter poll. What the brilliant Raul Pacheco-Vega says about over-work and how to work productively instead. How a real discussion is opening up about the realities of academic life, where long hours are necessary (during marking and grant season) and where they are not.

The story I am about to share is inspired by this thinking.

A few years ago, I worked every day and had done so for a few years. Enough so that if I did take a Sunday off, friends commented on it.

I had been a PhD student and research assistant, and was now an early career researcher, with all the insecurity and uncertainty and eleventy-billion things to do that those roles entail. This is a story we all know, and my fellow blogger Lu has talked about her experience too, and how important it is to share experiences. I felt the extra hours – being there before others arrived and after they left, spending my weekends in the office – were necessary because there was so much work to be done. But I also hoped to be noticed – that my work ethic and productivity would help me land a more secure job, or a longer contract at any rate.

It was just what I did because I felt it needed to be done.
And it was fine.
It really was fine.

Until it really, really wasn’t.

I was running one morning when I realised that it felt as though I was running through treacle – and that it had felt hard like this for a few days. Because obviously my work/life balance during this time involved me getting up at 5am to run before heading into work. It was my way of having something in my life not-work. I was going to the GP for a prescription that day and I mentioned feeling a bit tired. She took my blood pressure. And then took it again. And then left the room to get another blood pressure device and checked it again. And then told me if I didn’t promise to go straight home and sleep, she would send me to hospital.

I usually have slightly high (slightly anxious) blood pressure. That day it had plummeted so low, it was apparently surprising I was upright, let alone had been running.

But it wasn’t until I got home – and actually stopped and listened to my body for the first time in a long time – that I realised just how tired I had become and how I had been living.

Trying to get my blood pressure back to normal was hard. I had to change how I was eating, how I was resting, how I was sleeping. I focused on nothing more than getting better. I cannot tell you how dull this all was.

Limbs so heavy they could barely carry me to work. I would get through the day in the barest way and then fall into the couch or into bed the second I got home – anything that meant I didn’t have to be upright or have my eyes open. I lived on vitamin supplements and the easiest most nutritionally dense meals I could make. I had regular B12 jabs, which are nowhere near as sexy as Hollywood makes them. My anxiety was on high alert, which did not help with trying to rest. My body felt constantly on the brink of an electric shock. I was better prepared to run from tigers than I was to nap with my cat.

And to be honest, part of me feels a little embarrassed to be sharing it. I work in mental health research and there’s still that part of me that worries whether others might question whether I’m really up to the task of working in academia. 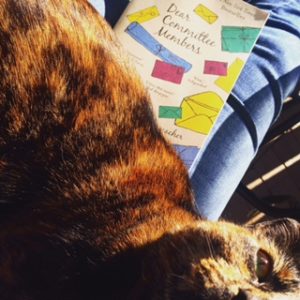 I had to learn how to relax in the sunshine again

I share this story because the Cult of Busy still exists, and the humble-bragging I Can’t Take A Day Off Because I Have Too Much Important Work social media posts still exist.

And I fell for it. I did.
Out of fear because who doesn’t want the certainty of knowing they’ll have a job the same time next year? I thought, hoped, however naively, that if I was productive, it would help make work more secure. And during the time that my body was completely falling apart, I was really productive. I wrote grant applications, helped on committees, taught a pretty big teaching load, wrote a whole bunch of articles and books chapters, supervised PhD and Honours students, and reviewed papers. I did all the things an academic is meant to do, and everything I was allowed to do given my contract/casual status.
Again, as with Lu, as with so many of us – I’m not writing a story unique to me by any stretch.

But I also fell for it partly because of my ego.

It felt good to be seen as someone who could get the job done, fix things that needed to be fixed, do things quickly as well. My inability to say no increased this perception of reliability – I said yes to everything asked. So my work piled higher and the ability to actually complete any of it within my casual hours disappeared completely. All the extra hours weren’t paid and being casual meant holidays didn’t exist so I just kept on working, trying to get it done. I normalised all the dysfunction.

I forgot that I wasn’t superwoman. I became trapped in the idea that the world would fall apart if I didn’t do this work now – right now. All of a sudden my future depended on working constantly.

It took me getting sick, and having to work really hard to get better, to get over this presumption.

We academics live in a strange space.

Our roles can be so multi-faceted and so diverse, we can live in seasons of feast and famine, but expectations around publications and grants and evaluations rarely shift. Our work is not necessarily something that we can switch off at 5pm and then switch back on at 9 the next morning. Ideas bubble away and I know I’ve woken up in the morning to scribble ideas about papers that have surfaced during the night. Like all creatives, we have work that never really finishes – we could always look over that draft just one last time.
We work in a space of never being able to do everything and yet, at times, having our work ethic questioned if we haven’t woven all the straw into gold by morning.

I’m not sure we can change that space but what I’m trying to do is change how I sit in it.

More and more, I’m embracing the seasons of academic life.

There are times where work is busy – teaching, marking, grants, article deadlines. These are times where hours have to be longer by sheer necessity. This is not humble-bragging. This is getting the work done because it needs to be done.

But there are other times in between. Quieter times. And they may not happen often, but they do happen. A kind of witching hour in the academic world, where grants have been submitted, students are bobbing along, your rejigged articles are sitting with your co-authors because you’ve done your bit. I embrace these times when they appear now. I work ‘normal’ hours during these times. Have weekends where I may do nothing more taxing than decide what to eat for breakfast. I keep my eyes open for opportunities – I scribble ideas about papers at cafes and whenever or wherever they appear because I always carry a notebook – but I don’t create “busy” where none needs to be. I am learning not to feel guilty about enjoying these quiet times. I use this time to prepare for the next Busy Season so that I am physically and intellectually prepared.

I treat myself almost like an Academic Athlete in this way.

A friend (actually the one who wrote this fab post) has been telling me about the knife-edge that athletes can sit on during peak performances – they are at the pinnacle of fitness but one little thing goes wrong and they tumble off. I wonder whether as academics we need to step away from the knife-edge of busy-ness and look for a way to perform that doesn’t leave us so vulnerable to breaking. My amazing colleague Heather just wrote about the connections between running, mental wellbeing and the performance of a PhD. Here, it’s not about being the best, but simply about being. Finding space just for yourself, away from being ‘the PhD’, where you can just be nothing but breath and footsteps and whatever is around you.

I’m still finding my way to this balance but, right now, I am as happy and healthy and productive as I can be.