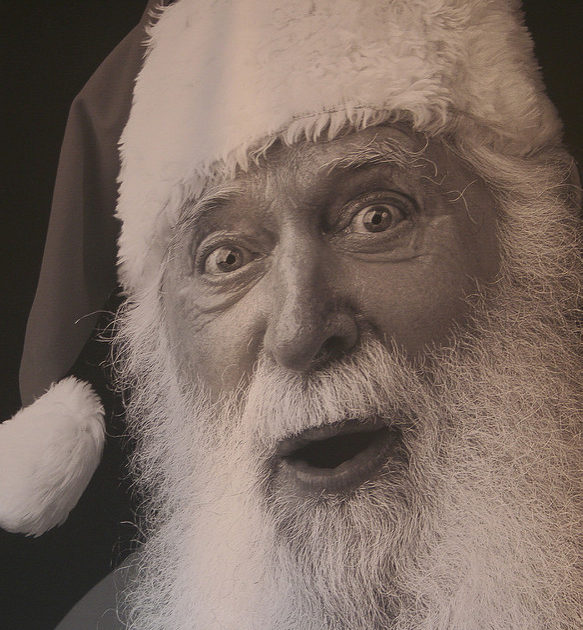 Going viral: 3 tips to help you through

Recently an article I wrote with a colleague went viral.

We had media interest over two days from all over the world. There was even an article by the Science Editor in The Times, which feels a strange thing to say about a little essay. The article has been published in over 30 languages across 1,000 media outlets.
Because it was just a little essay (a nicely written one, but little) published in the Insights section of the Lancet Psychiatry. The editor likes this section to focus on art and culture, and things he thinks will encourage discussion.

We argued that parents need to make sure their children are OK with finding out that Santa isn’t real because it is a complex and long-lasting lie. Most children are fine but some are not, and it’s an opportunity to talk honestly and openly with your child.

And wow, did we ever create some discussion.

My nan would have called it a three day wonder.

It’s a strange thing to get phone calls and emails about interviews I couldn’t always do because I was teaching in the middle of the Pacific. It’s a strange thing to then do the interviews (on a slightly wonky phone line because nothing else would work) to then find that journalists were asking me questions about arguments the essay never claimed. It’s a strange thing to have all sorts of people write things about the essay in the media, or directly to us, who are going by what previous headlines said.
It felt like Chinese whispers, especially as I’d not seen any of the articles because the Pacific Island Internet had decided not to work that day. All I could talk about what the essay actually said – all some journalists wanted to talk about was what they had decided it said.

Some of the interviews ended up being fun, where I was able to make the interviewer laugh; some were much harder. Some responses to the essay bordered on the nasty; some responses were incredibly thoughtful and reminded me how important it is to be able to listen when people need to talk.

This was the first time anything I’ve written has been read and discussed so widely and intensely – and this is what I learned during my three day wonder:

I did seven interviews in one morning while also trying to teach a class in a remote location with a thundering migraine. You can’t do it all by yourself so ask for help. Whether help comes from a fabulous co-author (all the better if they can do the media on the other side of the world), a lovely editor, or an ever-helpful university media team, it’s all useful. They can guide you into saying yes to the right audience and avoiding others because….

I did what I could but after migraine auras hit and I couldn’t see straight, let alone use any of my words, I turned my phone off and put myself to bed. Even without that, there were some outlets I knew would be a negative experience to talk to, and some requests that came while I was sitting with a student going through their assignment with them. Media can be infinitely useful but you can pick and choose who you think will best support the message you want to give out. For example, no to The Daily Mail, and yes to the ABC.

Laugh at yourself – because, really, what sort of idiot was I to think a paper on Santa wouldn’t have the potential to be picked up by the media a month before Christmas? My lovely editor thought of this. Laugh at the universe – at what goes viral and what does not and the silly adventure that goes with it. I’ve not been called so many names in ages.

As a girl who likes to pull presumptions apart and write about them for a living, it’s been a fascinating lived experience.

Has anything you’ve written been in the media? Do you have other tips to share?

Leave a Reply to Saying No: Why it's important to be brave Cancel reply