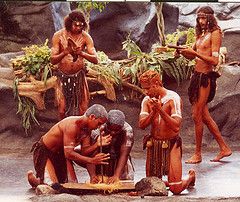 The case of the Mirror Neurons that shaped our civilization

Ted Talks have always fascinated me with their selection of disciplines and the unparalleled capability of the speakers to capture the entirety of their research into one small precise presentation. The only problem with TED is the price of attendance (something like $7500 for the next TED2014 in Vancouver; I am sure it’s well worth the price). But we should thank them for posting those amazing talks online later on though.

One such talk is from a NeuroScientist by the name V Ramachandran. Here he talks about a special type of neurons called ‘mirror neurons’  (discovered by Giacomo Rizzolati and Laila Craighero:  journal link) and how such neurons are capable of ’empathising’ with others.

The brain as we know is made of around 100 billion neurons. Each neuron in turn makes around 10000 connections to other neurons. The ordinary motor command neurons are the ones that transmit the signals when we perform a certain type of action (e.g: when I am typing this post, the motor neurons fire out when ever I type out a letter). But the other set of the so called ‘mirror neurons’ fire out when I see someone else performing the same action i.e when I see you typing this blog and I feel as if I am doing it. This is amazing as this is similar to the virtual reality simulation in modern day gaming. These neurons are adapting other person’s point of view.

Now why are these mirror neurons so important? Ramachandran argues that something truly remarkable has happen 75000 years ago. Man suddenly developed, adapted, simulated other man’s behaviour very rapidly. We can think of loads of examples for this: use of fire, tool use, shelter, language (most important one!!), etc.  Ramachandran quotes “What happened was the sudden emergence of a sophisticated mirror neuron system,which allowed you to emulate and imitate other people’s actions. So that when there was a sudden accidental discovery by one member of the group, say the use of fire, or a particular type of tool, instead of dying out, this spread rapidly, horizontally across the population, or was transmitted vertically, down the generations. So, this made evolution suddenly Lamarckian, instead of Darwinian. Darwinian evolution is slow; it takes hundreds of thousands of years. A polar bear, to evolve a coat, will take thousands of generations, maybe 100,000 years. A human being, a child, can just watch its parent kill another polar bear, and skin it and put the skin on its body, fur on the body, and learn it in one step. What the polar bear took 100,000 years to learn, it can learn in five minutes. And then once it’s learned this it spreads in geometric proportion across a population.”

I am a Research Scientist by profession having worked in global pharmaceutical industry for about 5 years now mainly in drug discovery. I am also an amateur blogger. Hence this effort to pass on my insight, experience, advice, feedback and hopefully learn something new from these blog posts. Please feel free to comment on anything and everything on here. After all a good debate is what science is all about!