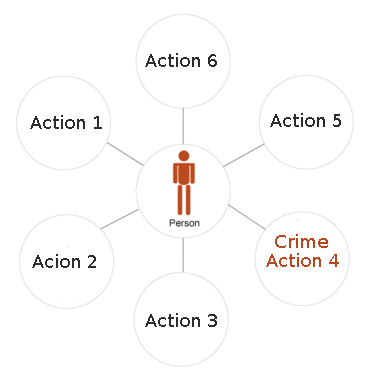 Minority Report, a very famous science fiction movie had the story line much complex and vague that for the reason critics didn’t gave much of the points. It was based on artificial intelligence combined with human being strong sixth sense. The theme of the science fiction was to prevent accidents, crimes and murders. By knowing the future one can achieve it.

Usually we live in past and from many centuries we lived in past , we eat, work and breathe in present but based on the past memorized knowledge. Yesterday I was working on this theory or drunk that liquid probably today from the yesterday result will do the same or different. From past result and knowledge we try to make today some times better or worse but usually different. What we do not achieve is that how can we get to know future, make it better or does that exists atall.

Question can or may arise whether we should change or affect the future in any possibility. Or would that be a crime itself. The idea is not as virtual as it seems some years back. Numerous projects similar to minority report are developed and exists. Although they do miss the super natural human sixth sense phenomena. They are based on AI, fuzzy logic and statistical data. All of these are mathematical and logical calculations. Such application namely “Pre Social Network” and “Jyotish” a University of Illinois project does exists and under experimental phases. The base line of these projects are predictability. Gathering assumption, calculating results and generating estimated events options. This is the first step for searching the defined concept of safe society as presented in Minority Report.

End points of a decision

Ever statistical data generates some set of endpoints the concept is to secure those points from restricting any harmful results. The complexity can arise if the sampling distribution are of large length. But still this is conceptual step progressing towards the main idea.