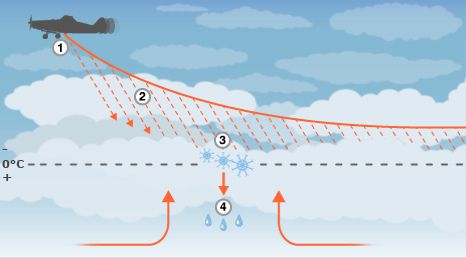 After the destructive and procative earth quakes in Pakistan, Iran, America and now in Japan, may raise some eye brows of higher security official about the sensitivity of the matter. The concerning or the subjected matter either should be taken as Global Warming Issue by natural cause or it may either be effective over powering of top notch scientific culture. In common to the public level it is believed to be a serious matter of scientific gestures by development of secret weather devices.

The factor is decomposed and fricative to such certain level that it is now not a scientific secret but now is commercial business in developed countries. The devices are named as Haarp, Soviet Control Weather Mind and GWEN towers etc etc. ​ What we don’t know is the aim of the development and testing progress of the devices such as in late 1990’s Haarp testing in Australia termed as “Chemtrial” caused earth quakes. Even though if the argument is justified as scientific development of natural weather control for betterment how may can it consumed the issue of natural balance. ​ If the device were meant to arm race for power nations of the world, again how may it can be justified for nature balance. Global warming is world accepted objective matter, are not these devices playing a hard earned role for moving it on speedy track. Or is it that we are still in a war governed by weather manipulation. Then rightly so the world does deserve a destructive end from nature side.

To the fact that the scientists have outlined the natural destruction, either from human self destruction or from sun explosion. The instruments also are either a positive development for better world or might be again a cold war weapon infantry altogether can be termed as enzyme product for natural imbalance influence.