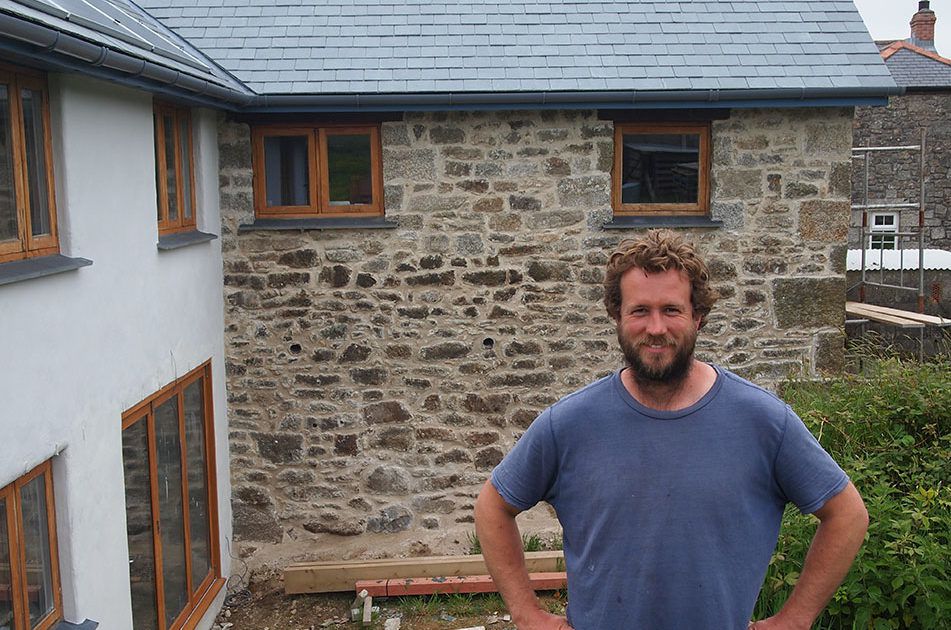 Life after PhD: a satisfying career outside of academia?

Our regular correspondent has a fascinating and inspiring interview story to share: read on for an example of life after PhD.

You might not be inspired by academia, but can you get career satisfaction elsewhere?

Last October, I wrote the blogpost ‘A PhD is a rosette, not a career path’ as part of our fabulous alternative career path series. I stressed that a PhD is not a fast-streamed way into a specific career – not even academia, and emphasised my point by looking at the careers of my former PhD colleagues.

I return to this theme here, after I recently met-up with a former PhD colleague: Tom Richardson. Tom has found inspiration outside of academia as a jewellery artist and house builder. When we met I wanted to find out what inspired this shift out of academia, and whether career satisfaction is really possible elsewhere?

When I first met Tom he was working as a lab assistant in the Biology department at the University of Exeter (Cornwall campus). Well versed in the culture of academia, it was not long before he was being encouraged to follow the PhD path. When I asked Tom what his inspiration was for taking up the PhD mantle I was a little surprised:

“To be honest, I enjoyed my job, I had good friends in the department, but the funding for my PhD gave me a better income and I just could not say no to the flexibility a PhD brought. It all just made better sense. I was of course interested in the research, but it was a close second”.

Tom’s PhD years may represent somewhat of a nirvana to those looking in from the outside, with a fine balance struck between PhD work, weekly surf trips (not just in Cornwall, but around the world), setting up home with Jodie (now his wife) and having what can only be described as an exquisite work-life balance.

It’s a cliché, but I suspect Tom never thought too much about the fact that these ‘PhD golden years’ would end, but inevitably they did: “As my viva loomed, the stress got to me a little, and PhD reality seemed to hit me hard. It was a difficult time. Not quite as many surf trips that’s for sure, but I made it through – thankfully!”.

Life after PhD: Getting that job

I think it’s fair to say Tom finished his PhD hoping for an academic job: “For sure, that was the aim. The final 12 months of my PhD had been hard. I’d lost some love for it in that time. I would have considered other routes, I just didn’t know what else I could turn to.” As academic opportunities began to look limited in Cornwall, other alternatives began to be considered. Eventually, (via a 12  month stint living in Portugal),  Tom settled on a job at a local college lecturing on sustainability. But was it the right post?

“I was glad to get a job, it was a definite confidence boost, but it wasn’t the perfect step for me. I had a young family by this point and my work-life balance, so prized during my PhD, had fallen away. I had a 45 minute commute, the hours were long, the pay was not great and I was un-inspired. It was an experience, but I needed to move on.”

From lecturer to jewellery artist

It’s at this point I can really begin to empathise with Tom. The post-PhD career fog also caused me problems. It’s when you begin to realise that a fully funded PhD really is a cushy number, and to find that level of comfort again is not going to come easy. I think you have a choice at this point: to fall back into academia or take a risk and try something new. Tom took a double headed approach. He found work at Falmouth University, while simultaneously rekindling an old interest in making jewellery.

“The job worked for me, but it never felt like it would be forever. It was good to be back on the same campus where I used to work and did my PhD. There were friends closer at hand and it was good to be in a more academic atmosphere. It was much more what I was used to.”

“Well, yeah. I did start to make jewellery at this point, and to sell it. I was coming home and working long hours in the shed at the back of the house. My jewellery really improved during this period and I was surprised by how much money I was making. I started to feel inspired again: I was being creative, and I began to see that I had found something that gave me the flexibility and freedom I now recognised I needed.”

Freedom of the self-employed

That freedom soon materialised, when Tom decided to leave behind his 9-5, and begin a new life as not only a self-employed jewellery artist, but also a house builder.

“By this point Jodie had a good job at the University of Exeter, we had just managed to scrape together the funds to buy a fallen-down barn with planning permission, and I’d worked out I could make a decent living from making jewellery. I had always wanted to build my own house, and now it was all possible. I had the freedom to follow a dream and the safe knowledge that I could earn a living from the jewellery. I was really inspired by life again.”

“I enjoyed my PhD massively. Not just because of all the other things it allowed me to do. But I really did enjoy the comradery, the social aspect, the research, but in the end I didn’t want to be an academic. I guess I wanted to build and create. I didn’t want to waste my time searching for a job that might not have been there.”

Tom’s still building his house. It’s been a massive learning curve. He builds by day and makes jewellery by night. He and Jodie now have three children. You can see from the outside, it’s hard work:

“Of course, it’s hard. But I love it. It won’t always be like this. The house will get finished. Then I can relax a little. But I’m very happy”.

And the next project?

Image credit: Images belong to Andrew Clappison and are used with permission.