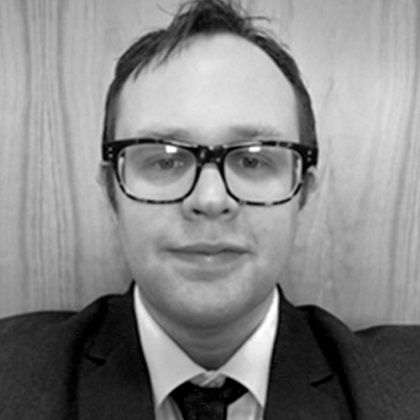 A Post-PhD Career Journey in 3 Parts. Part One: Significant Moments

My PhD graduation ceremony in 2011.

Following on from our recent guest blogpost in which Dr Beth Hellen turned to academic librarianship, here we trace a different post-phd career path. In this first of three blogposts on his career journey, our correspondent Dr Christopher Ferguson shares the significant moments that set him on his path.

What are the open paths after a… let’s call it a… ‘non-vocational’ PhD? Many of us go into doctoral studies bright-eyed and bushy-tailed, only to find that the work doesn’t excite us, the job prospects aren’t what we hoped, or that the world is just not yet ready for our genius. Some days it may seem as though the only tangible benefit of a PhD is that your bank has to call you ‘Dr’ when it writes to tell you how much money you owe them.

There are, however, a couple of encouraging things to remember if you decide not to go deeper into the academic morass. First is that you are obviously smart, tenacious and hard-working. And while it seems like everyone around you has a PhD, that’s because of the circles you’re moving in. Out there in the wild world, you’re special.

Secondly, you know a lot about an institution that is extremely important to almost every developed country: the university. Most governments worth their salt recognise that the HE sector is an essential driver of innovation. In fact, the push to make the HE sector a more effective driver of innovation is one reason that you might not fancy a job in academia. But inside knowledge of how universities and research funding actually works gives you a leg up in working with universities.

Thirdly, there’s a world of opportunity for you as a self-employed clever person. Will you become an inventor, an investor, an investigator? Will you continue to publish and appear on television as a talking head for hire? Will you use your smarts to do something completely tangential to your studies? One thing is clear: if you can produce the original contribution to human knowledge that the PhD entails, you’ve already changed the world in one small way. You can do it again.

I don’t want to do this

I think it was the first time I wrote a grant application for someone else that I realised that I didn’t want the life of an academic. I’d written applications for myself, as the end of the tunnel started to appear, but I hated doing it. I’d do it quickly and probably badly. I can’t even check if they were really bad, because I’d delete them straightaway. Writing for someone else was much easier. I could understand clearly what they were trying to do, why it was important and why it should be funded. I realised, with not a little fear, that I could never do this for myself. I didn’t actually believe in my work.

Sure, I loved the searching in libraries, I loved working out unforeseen patterns and coincidences. It interested me, but I couldn’t convince myself that it would interest other people. So I started to divorce myself gradually from my subject. I tried a couple of fellowship applications in aligned fields, tried to come up with a more ‘popular’ research topic. All this did was bring home to me the fact that I was too much of a magpie to settle on one area of expertise. I didn’t have the focus that my supervisor had, that other members of the department had, on one writer, on one era, on one country. Even my thesis was remarkable because it was made of two interlocking parts that were quite discrete, although I did solidly join them together. It took me a year after passing my viva to realise that ‘remarkable’ was not necessarily a positive adjective.

Interior ceiling of the McEwen Hall, University of Edinburgh

The end of the writing process was stressful for me. That winter, my wife had taken ill and we had lost the baby she was carrying. I nearly lost her as well. On the day of my viva, cold and sunny in February, my external examiner asked if I had any children and I broke down in tears. I imagine that he thinks I was just really worried about my viva.

Now, if we add all this together – lack of direction, stress, lack of confidence – we can see how I might have been poorly equipped to make the move into the post-doc world at the time. But something crucial occurred to me when the grant I wrote for someone else was awarded. I’m good at seeing what other folk are doing. I’m good at working out what’s interesting about it and I’m good at selling it. I began to wonder if there was a way to get paid for helping with people’s research grant applications. There was, and I began to take steps to make myself employable.

Next week, Chris explores more about his suitability for working in support of other researchers’ grant applications.