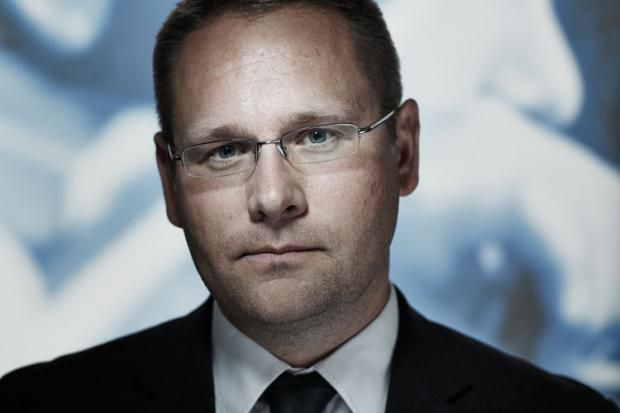 Phil has been with the magazine since 1996, as reporter, chief reporter, news editor and deputy editor.

He received the Ted Wragg Award for Sustained Contribution to Education Journalism in 2011, part of the Education Journalist of the Year Awards, run by the Chartered Institute of Public Relations. He was a runner-up for the annual Paul Foot Award for Campaigning Journalism, run by The Guardian newspaper and Private Eye magazine in 2007. He was named among the top 15 “most influential in education” by The Australian newspaper in 2012.

In this interview he talks about the importance of research collaboration in improving performance in global league tables.

1. The growing need to understand the performance of higher education institutions (HEI) has led to the rise of university rankings. In line with this, how can collaboration help improve their performance in these rankings?

Rankings are primarily about competition. Of course, universities and the individuals that make them are driven by a healthy competitive instinct – the drive to be first to new knowledge, to be the best. This is one of the reasons why Times Higher Education’s portfolio of global rankings has become so closely watched, not just by prospective students and their families, but also by scholars, university leaders and governments.

But they also fulfil another, perhaps even more important function: they promote collaboration. In 2009, a report by the US Institute for Higher Education Policy, Impact of College Rankings on Institutional Decision Making, found that rankings ‘foster collaboration, such as research partnerships, student and faculty exchange programmes, and alliances. Rankings can be important starting points to identify institutions with which to collaborate and partner.’

Ellen Hazelkorn, director of the Higher Education Policy Research Unit at Dublin Institute of Technology, has written: ‘A growing number use rankings to inform decisions about international partnerships.’ Steve Smith, vice chancellor at Exeter University, has described the process as being akin to ‘associative mating‘ – using rankings to find the right partner. This is as it should be. Our rankings were specifically designed to judge excellence against institutions’ own missions: our 13 performance indicators cover teaching, research, knowledge transfer and international outlook. The normalisation of the indicators to embrace each institution’s subject mix means that the rankings, while largely stable, do not simply reproduce the traditional elite hierarchies.

Over time, the THE rankings have been able to showcase rising stars – those exciting and dynamic institutions, often in developing countries, that have been able to make a big impact on the global stage in a relatively short time, often through careful strategic focus. As well as mapping shifting global sands, our rankings are giving rising powers greater global visibility, helping to create a more vibrant, multicultural academy.

Alice Gast, president of Imperial College London, says that as in biology, where plants become hardier through cross-breeding, the heterosis of different attributes is vital for world-class universities. ‘Individuals brought up in different educational systems and with exposure to different societies and markets approach problems differently: thus, international teams broaden and augment individual thinking,’ she writes.

2. What is the message for PhD students looking at these rankings?

For anyone looking at university rankings, the most important piece of advice I’d give is to know what you’re looking at – read the methodology and understand what aspects of a university’s performance is being examined. Some rankings are much more flakey and silly than others. THE is unique in using 13 separate performance indicators to judge universities against the full range of their core activities – teaching, knowledge transfer, international outlook and of course research excellence. We also allow the user to break down our composite overall scores and look at the performance of universities against five broad areas of performance, so if it is research excellence alone that you are looking for, then you can rank against that indicator. We also supplement the rankings data with additional information about the institution in its profile, such as the gender mix on campus and staff-student ratios and we rank at the subject level too. So the rankings – especially with our heavier emphasis on research — are a great tool for prospective PhD students.

3. From my understanding, THEWUR gives most weight to excellence in research. What would be your advise to researchers, especially early career researchers?

That’s right. While we examine a university in the round, and include indicators of teaching, knowledge transfer and international outlook: the highest weight is given to research. We are judging world-class research universities, after all. We give a 30 per cent weighting to research impact, based on an analysis of more than 50 million citations to 11 million research papers published over the last five years, and we also examine a university’s research productivity (through publication volumes scaled for the university’s size) and also its reputation for research excellence based on a survey of more than 10,000 senior, published scholars globally. So again, the THE World University Rankings are a particularly good resource for early career researchers examining their next career move.

4. And finally, why do US universities consistently dominate the rankings?

This really comes down to one key issue – money. The US institutions tend to be richest (several of the top institutions have huge endowments) and command very large tuition fees, which allows them to pay the most competitive rates to attract the world’s top scholars, and to provide the facilities required for world class teaching and learning. But history also helps – a strong tradition of strong funding, strong traditions of teaching and learning, and a culture of institutional autonomy and academic freedom are all very important.