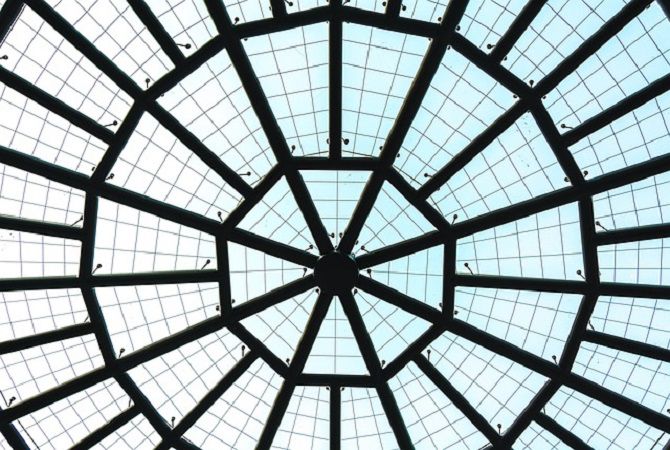 We’re delighted to feature this co-authored guest blogpost by Lynn Kamerlin (Uppsala University) and Gareth O’Neill (Leiden University). Read on to learn more about the crisis that those with a PhD are facing, as well as ideas for how the problems could be addressed.

The number of doctoral candidates produced by European Universities is increasing at a dramatic rate [1]. However, this is not coupled with increasing job prospects for those PhD graduates, and the career trajectories they face upon graduation are far from transparent. Universities have even been accused of being “PhD factories” or “postdoc factories” to facilitate research [2]. This is not without consequences, as it leads to hypercompetition in many research disciplines, and to tremendous pressure on the academic job market, with declining academic job prospects for doctoral graduates. This has also led to a prevalence of short term (and so-called “zero-hour”) contracts, which have been the norm for postdoctoral candidates, but are increasingly creeping up the academic ladder, such that most doctoral candidates often have no chance of securing a permanent academic position until well over 10 years past their PhDs.

In addition, doctoral studies have often been heralded as a one-way ticket to an academic career by supervisors: yes, doctoral training provides research training, but it’s very specialised academic research training. Doctoral candidates are often not trained for careers in industry, although this is discipline specific, and less the case in research areas involving translational or industrially relevant research. The training provided makes the chances of gaining full-time employment after doctoral training as well as the associated expected salaries highly variable. For instance in the Netherlands, a graduate in the medical and health sciences will be more likely to obtain a full-time position with a salary around €85,000 per year, whereas a graduate in humanities will be paid something more in the €60,000 per year range and be far more likely to be part-time employed, creating huge disparities in opportunity between the disciplines [3]. This is tied in with minimal awareness-raising about, or support for, alternate careers on the part of many doctoral supervisors, meaning that doctoral candidates are unable to appropriately orient themselves for careers outside of academia [4]. Unsurprisingly, when combined with the constantly increasing demands of doctoral training, this state of career insecurity and being in “limbo” has also led to an upsurge in reported mental health problems among doctoral students, including cases of serious depression [5]. The situation is unsustainable.

Fortunately, there have been steps in the right direction: many universities are slowly introducing tenure track (or at least more transparent) career paths for new faculty. The League of European Research Universities (LERU) has rightfully stressed the need to create reliable and projectable career paths for doctoral graduates, and sees tenure track not only as a means to achieve this, but also to attract and keep young talent at universities [6]. There also appears to be increasing awareness of the importance of the supervisor and institution’s responsibilities to provide appropriate training for doctoral candidates and for attention to alternate careers outside of academia. Ghent University in Belgium, for example, has developed structured programmes for doctoral candidates, which not only focus on transferable skills but also on career development and contact with industry [7]. However, the rate of change is far too slow, when compared to a rapidly declining academic job market and increasing career insecurity for doctoral candidates. This is particularly problematic in countries where most doctoral graduates must find employment outside of academia – as is the case for 70% of doctoral graduates in the Netherlands [8].

The Bratislava Declaration of Young Researchers recently called on the European Commission and on Member States to urgently realise employment stability, provide structured opportunities for non-traditional career opportunities, and to fulfil their duty of care towards young researchers [9]. On the one side, the academic career ladder is in need of repair, and proper tenure track systems with institutional support and open promotion criteria are crucial. On the other side, as the majority of doctoral candidates will most likely pursue careers outside of academia, it is critical to provide the appropriate training and support for these candidates to make the most of their doctoral training and acquire relevant skills sets.

To facilitate training and support for careers outside of academia requires an exchange between supervisors and doctoral candidates. The candidates themselves must take ownership of their career paths, explore and seek out all available options, and plan their careers. However, it is also a supervisor’s responsibility to be supportive, to listen to their trainee’s needs, to realistically manage career expectations, and to be open to the plurality of career options that doctoral training can lead to [10]. In addition, in disciplines where this is relevant, contact between industry and academia needs to be increased. This could be through paid internships in industry during the PhD, exemplified by the Professional PhD Program in the Netherlands [11], or by bringing in industrial speakers to academia, as with Uppsala University’s “AIMDays” [12].

A call for action

Finally, the increasing prevalence of mental health issues among doctoral candidates is not a problem that should be looked at lightly. There are still major societal challenges in terms of raising awareness and fighting societal biases against mental health problems, which means that those affected are less likely to speak up, and their invisible nature makes them easy to miss by those who should take responsibility to help. There is an urgent need for better mental health support on campus, for example through the availability of professional counsellors and/or psychologists with specialised training of relevance for working with doctoral candidates, as well as awareness training among supervisors and university staff about the challenges doctoral candidates are increasingly facing and their mental health impact.

Ultimately, a lot of work is still needed, but it’s clear that the current systems are neither fair, transparent nor sustainable. Doctoral candidates face revolving doors that throw them out of academia without appropriate preparation for alternative career trajectories, and those that do stay face glass ceilings built out of short-term contracts and opaque promotion criteria. Such a situation is a crisis for Europe: it hurts not just doctoral candidates but also their supervisors and employers. The current university doctorate system yields suboptimal returns on invested effort, while also in many cases being directly harmful to the mental and emotional well-being of the very candidates we are supposed to be supporting. This situation is already untenable for the estimated 738,000 doctoral candidates in Europe [13], and with the numbers expected to continue rising [14], it is clear that this problem will be exacerbated in the future, if nothing changes. Therefore, we call very strongly on universities and governments to address these issues and spread the pockets of good practice much wider, before this becomes a crisis that is simply too large to handle.

You can also read more about the US doctorate candidates’ situation in next week’s guest blogpost!

Lynn Kamerlin obtained her PhD in theoretical organic chemistry from the University of Birmingham, UK, in 2005, followed by postdoctoral training in the groups of Profs. Stefan Boresch (University of Vienna) and Arieh Warshel (University of Southern California). She has been a member of the faculty of Uppsala University since 2011, and is currently an Associate Professor of Structural Biology. Her research focus is to used advanced computational tools to understand mechanistic problems in physical organic chemistry, computational enzymology, and the evolution of biomolecular systems. She has published over 70 publications in leading international journals, and has received numerous distinctions for her work, including an ERC Starting Grant, a Wallenberg Academy Fellowship, the Hagbergs Prize in Biochemistry from the Royal Swedish Academy of Sciences, the MGMS Silver Jubilee Prize and a Biophysical Sciences Institute Fellowship at the University of Durham. She has also supervised almost 40 postdocs, PhD students, masters students and project students. Finally, in addition to her research interests, she is actively engaged in science policy, and has served on the Board of the Young Academy of Europe (including as Chair during 2014-2015).