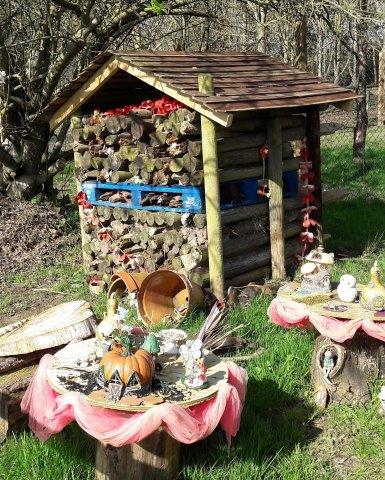 One of the qualities one might suppose is highly desirable to have as a researcher is that of imagination. Imagining solutions to problems or new, improved ways of being is a tool which a researcher might utilise in the work of making new contributions to knowledge. Imagination might be much coveted by employers from a wide range of industries; the lack of it in a person might be a cause for sympathy, or even concern. In the papers I have been drafting recently, I have been engaging with Vygotsky’s work on imagination and its contributions to child and adolescent cognitive and affective development.

Vygotsky was an experimental psychologist whose theory and methodology explained those developmental processes of the mind which arise through people’s activities. He argued that imagination was crucial for a young child’s development of thinking and that, for adolescents, laid the foundations for abstract thought. The former was fostered during the play of young children and, in the latter, their day-dreams. The importance of play in early childhood and of giving your teenager time to zone out, are key developmental milestones in supporting their evolution into adults who can free themselves from the concrete situations around them. Thus imagination is crucial for wild flights of fancy such as planning what to eat a week next Tuesday when all the food in the cupboard has gone; for planning a car journey to take in a petrol station when the needle on the petrol gauge is getting close to the red; and for remembering to feed the dog after you have already eaten.

Oscar may be feeling slightly disgruntled by that last example. It has happened, I am ashamed to say, that on a few occasions the entire family has fed itself and left the spaniel home alone with his rumbling tummy. However, that was not due to a lack of imagination, let it be said. Human powers of imagination can be considered to be responsible for the historic evolution of tools, which include language and technology, and support the development of human activity. Imagination is not restricted to symphonic artistry or era-defining scientific concept development. Imaginative acts populate our daily lives. They contribute to some of those elements which we enjoy most: media entertainment, leisure and social activities. Without imagination, we would still be living the life of early hominids. Without imagination, the pictured Bee B&B created by children at a park I recently visited, would not exist.

I find it, therefore, incomprehensible when I hear of primary school teachers complaining about children’s imagination as an obstacle to learning. Why are children’s searching questions treated as interruptions in ‘pacy’ lessons? Why have creative flights of fancy become an irritating diversion from the job of ‘covering’ fractions and sentence parsing? Why has a singular lack of imagination about the purpose of education resulted in this sorry sentence – pun intended – on the imagination?

At work, I am writing a paper arguing for the importance of creative activities in the development of adolescents’ imagination. As a parent of primary and secondary-aged children, I am witness to an education system which seems intent on using education as a synonym for assessment – of children and of their teachers. The reductive view of education as a results-focused activity has fostered a system which stifles the developmental potential of the human child by demoting imaginative (non-assessable) play as a distraction to the game plan. It has echoes of Gradgrind’s view of children as empty vessels to be filled with (assessable) facts. A view which is deeply unimaginative whilst overlooking the fact that Gradgrind himself was a work of the imagination.