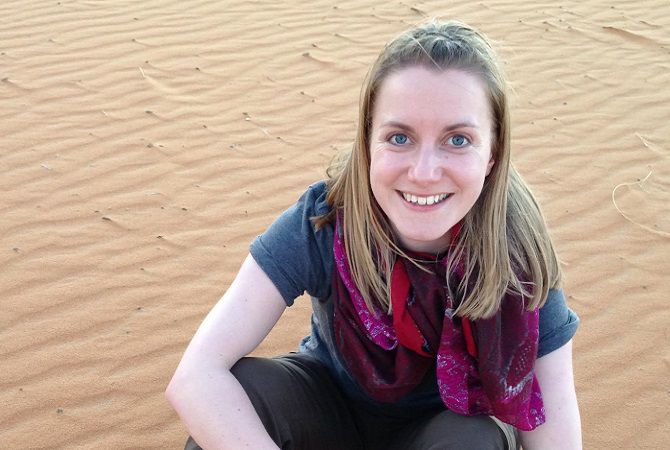 What do you want to be when you grow up?

In this guest blogpost we hear from Dr Jenna Lane. She tells an inspiring story of how a career can take shape when you know what you love doing and can recognise opportunities – even if you still don’t know what you want to be when you ‘grow up’.

I didn’t have a clue what I wanted to be when I grew up. I had passing thoughts of being a doctor (too much blood), an airline pilot (too expensive) and a hairdresser (this one was a pretty strong contender for a while). But I was never one of those kids who was following a dream from a young age. Now I’m older, I find ‘what do you want to be when you grow up’ quite a strange question to ask, because there are so many possible options that kids have probably never heard of. Back then, I’m not sure I knew that any of the jobs I’ve done as an adult were things that someone would be willing to pay me for.

So after leaving school, with no career plan in mind, I decided to study what I was most interested in: physics. My degree led to a PhD in particle physics, and there I was lucky enough to be based at CERN in the early days of the Large Hadron Collider. It was such a great experience to work alongside some of the world’s most brilliant scientists, and as an added bonus the skiing was great. But whilst up to my eyeballs in code I realised that it was the big picture ideas related to my research that fascinated me (and how best to explain them) rather than the day-to-day details of doing the research.

With my viva complete I did a month’s unpaid work experience at BBC Science, blowing all my savings to stay in London in the hope of getting a job. I was asked to be P.A. to the Head of Science at BBC Scotland, so a few weeks later I packed up and moved to Glasgow. Many of my friends and family asked ‘why have you done a PhD in order to be someone’s personal assistant’? A fair question, but in time I became a researcher and spent many happy years behind the scenes on science shows including Horizon (one of my childhood favourites). My job allowed me to travel the world on film shoots, with my personal highlight filming in mission control at NASA JPL.

Eventually I moved on from TV (put off by the poor long-term career prospects) and spent some time at the Royal Society running conferences and public science lectures. Fast-forward a couple of years and now I’m doing science communications for a big genetics research project. Right now this is perfect for me – I’m getting paid to learn, write and talk to people about genetics, a topic that was pretty new to me at the start of this year. The 15-year-old me definitely didn’t realise this was a possible job option!

I think we are lucky that we no longer live in a time where careers are normally for life. For those people who are following a life-long dream, then great – go for it. But for the rest of us (probably most of us, I think), this means there’s no need to panic about making the wrong decision. Some people might mourn the loss of jobs for life, but I think it’s a massive opportunity as long as you’re willing to take some chances. My only real career plan has been to say yes to things that sound interesting and challenging. That way I figure I’ll always end up doing something I enjoy, whilst hopefully building some valuable skills along the way.

Image credit: Images belong to Dr Jenna Lane and are used with permission.