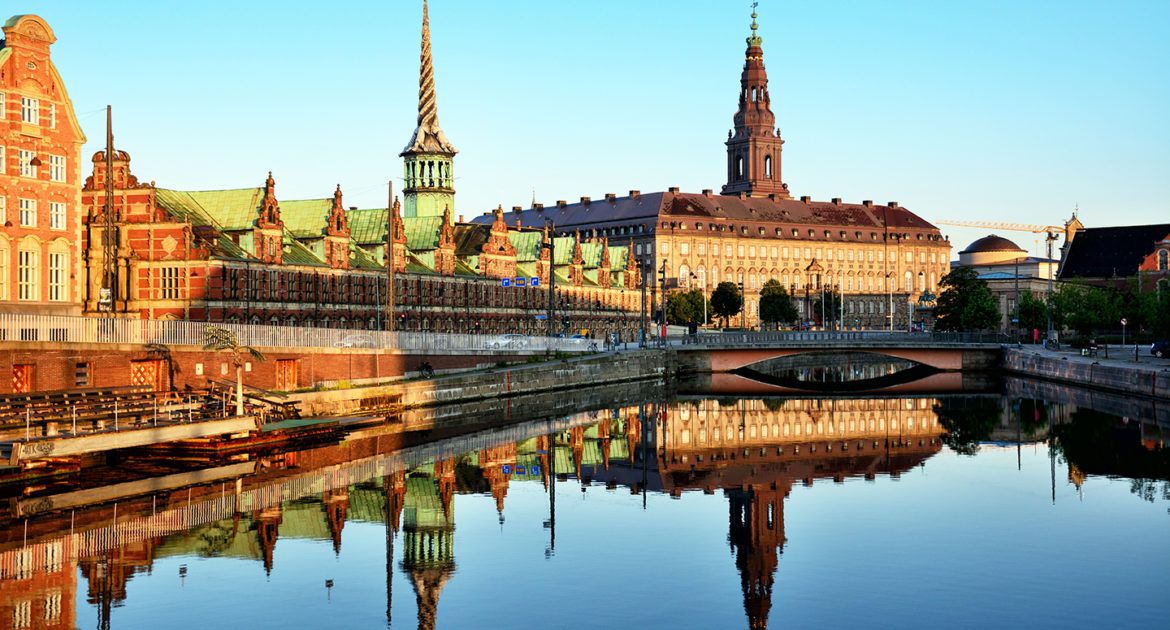 Whether you are in the final stages of your doctorate or have just finished, you will probably be planning your next career move. One of the questions you will be asking yourself is whether to stay in your native country or embark on an academic career abroad.

If you decide on the latter, Europe will almost certainly be on your shortlist of possible destinations.

This article is for postdocs interested in starting or continuing their academic career in Denmark.

Known as the ‘happiest country in the world’, Denmark has much to offer foreign academics. Well-funded research, prestigious universities, job availability and high quality of life are among the many benefits you can expect from this innovative country.

In this article, you will find out about the Danish higher education system, and gain valuable insights into funding options, career advancement, the job market and practical ways to get a foot in the door.

Denmark is considered to be the leading research nation among the Nordic countries, and has transformed itself into a global giant in innovation and technology. Universities are responsible for the majority of all public research, and they work closely with government, business and industry to generate funding. The country ranks highly in research and development expenditure – around 3% of GDP. Basic research funding is allocated via a number of sources, such as the independent

Danish National Research Foundation and the Danish Agency for Science, Technology and  Innovation, an arm of the Ministry of Higher Education and Research.

There are also a number of high profile public research institutes in Denmark which offer their own jobs and fellowships. You can find a comprehensive guide to research funding in Denmark here.

There has been significant reform within Danish academia in recent years, and a tenure-track style system has now been established in some institutions. This has allowed for smoother mobility between temporary postdoc posts and permanent lectureships, although competition for jobs remains high. An academic career in Denmark would commence with a paid PhD position, followed by a fixed-term postdoc/Assistant Professor role of around four years. Higher-ranking permanent posts comprise Associate Professor/Senior Lecturer, followed by Professor.

All academic posts involve teaching, and pedagogical experience, as well as a good research record, is necessary to move up the career ladder. Most postdoc and Assistant Professor positions are fixed-term, and gaining a permanent contract is achieved by undergoing a period of intense assessment, which takes place in the last six months of a fixed-term contract.

Denmark is home to eight universities, and a number of university colleges and academies of arts and business. The highest-ranking institution is the University of Copenhagen, followed closely by Aarhus University. Higher education comprises a two-tier degree system of undergraduate programmes (two to three years) and Masters degrees (one to two years). PhDs take around three years to complete, are fully-funded and come with a salary, making Denmark an increasingly attractive destination for foreign doctoral students.

There are currently around 700 programmes taught entirely in English, with more being added each year. Higher education is free to all EU/EEA students, but those from outside the EU pay between 44,620 DKK to 119,000 DKK (£5,283 – £14,000) per year, depending on the course of study. Universities are state-funded, autonomous institutions governed by boards with external majority. Overall management of higher education rests with the Danish Ministry of Higher Education and Science, and the system is funded through Danish taxes, external public and private grants, and European Union initiatives.

Foreign researchers often receive higher-than-average salaries and certain tax advantages in Denmark, which is welcome in a country where income tax is between 40% and 50%. The cost of living in Denmark is high compared with other European countries, but residents enjoy excellent working conditions and public services.

For more information about living and working in Denmark, visit our country profile here

Denmark is becoming increasingly popular among foreign researchers and academics, and there is a broader range of job opportunities on offer than in other European countries, such as the UK and France. Around 11% of permanent academics have a non-Danish background, and recruiting from abroad is a priority for the government. Universities are permitted to offer above-average salaries, tax advantages and relocation packages to attract the right candidates to Danish shores. However, despite reforms, there still exists a bottleneck between the stages of temporary postdoc positions and permanent lecturer, with many postdocs stuck in short-term contracts while they wait for a suitable position to arise.

The Danish Research Foundation and the Ministry of Higher Education and Science offer a number of multi-discipline grants for early career researchers, and Danish businesses offer their own contribution to the job market, such as through the Carlsberg Foundation.

You will usually be asked to provide an online application form, a two-page CV/resume, copies of your qualifications and a publication list on applying for research jobs in Denmark. Unless otherwise stated, it is fine to complete your application in English. If evidence of your qualifications is in another language, it is advisable to have these officially translated into English.

The Danish work in a highly egalitarian environment where teamwork is paramount. Therefore, competitive language and behaviour in an application or interview would be considered arrogant. Your application is more likely to get noticed if you stick to the facts and emphasise what you could bring to the institution rather than what they can bring to you.

If you are shortlisted, you may be required to complete an online test which will be sent to you via the institution’s human resources department. Interviews – usually with a panel of senior Faculty staff – can be quite direct, so be prepared to answer questions about the salary you expect and your family or relocation requirements. You are unlikely to be offered the job after one interview and you may have to go through a second or even third round. The hiring process is long, but Danish employers like to have the opportunity to get to know you and see how you will fit into their team.

Application Tips: Although not officially required, Danish resumes usually include a photo. You should also include your marital status, number of children, and hobbies and interests on your resume. This may be unusual in some countries but is common in Denmark, as your potential employers will want to understand what sort of person you are. Showing a good knowledge of Danish culture will also help you to stand out.

In most cases, EU/EEA citizens do not need a permit to work in Denmark. Those from outside the European Union must apply for a work permit three months before relocation. This is assessed on a points-based system and requires a contract of employment to be in place. For more information about work permits visit the Danish Immigration Service

Search for your next role in Europe here