Odd interview questions and how to cope with them! 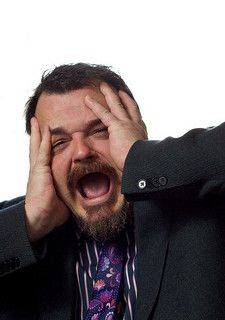 A recent study of 1000 job applicants showed that a staggering 41% have been asked a bizarre question at interview. Whether this is due to an increase in competition or because interviewers have got bored, who knows? What is plain to see is that it’s on the increase, and unsurprisingly it’s causing some degree of panic.

It’s fair to say that very few of us have spent much time mulling over such topics as, “if I were a biscuit which would I be?” Or, “how many gnomes can safely fit inside a fridge, before they start tumbling out on to the floor?”

If you do get confronted with one of these odd interview questions, here’s my top tip for dealing with them!

Don’t rush into an answer. That’s not to say that you can spend an age before you come up with an answer, the key is to think about why they might be asking you such a question. How could this relate to the role that you are applying for? What skills or qualities are they looking for? Here are a few examples of what they might be looking for.

One question I heard recently was, “give me five uses for a stapler that doesn’t have any staples.” In this case the interviewer is looking for some creativity, the ability to brainstorm some ideas and come up with something novel.

I’ve heard that in some finance roles, interviewers have been posing odd mathematical questions, which would be hard to give an exact answer for. For example, “a football pitch is around 120 yards long, if you were to neatly lay head to toe, some clowns on the pitch, how many would you be able to fit in?”

What they want to see here is your logical thought process and some mathematical know how. Talk them through your process and come to an estimate. E.g. “Well, let’s imagine that each clown is on average 6ft tall, I would firstly work out how many feet are in 120 yards and then divide that by 6 to work out how many clowns might fit.

Remember that a large proportion of an employer’s decision is based on whether they could work with you. Questions such as, “describe your life using a film title” are hoping for an insight into your personality. The key here is to not be too obscure and avoid anything that could show you in a bad light.

What’s the weirdest question you’ve been asked at an interview?

Let us know in the comments below!