Is early retirement good for you?

Over the past five or so years there have been various studies exploring the effects of early retirement. After reading various articles about the topic I thought I would join the discussion and offer a few of my thoughts on the subject.

Firstly let’s have a brief look at some of the research. Dr Hugo Westerlund and colleagues at Stockholm University did a 15 yearlong study following the lives of 14,000 French national grid workers who opted to take their companies offer of early retirement at 55.

The study showed that in the year before retirement, a quarter of the workers had suffered from depressive symptoms and around one in 10 had a known medical condition such as diabetes or heart disease. Following retirement the study showed that there was a significant drop in mental and physical fatigue and a decrease in symptoms of depression. 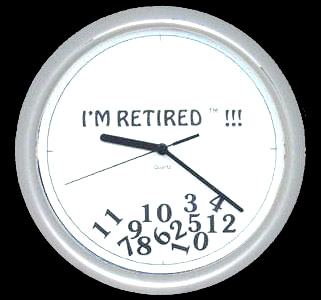 Are you ready for so much free time?

Interestingly, other research shows the flip side of the coin. A study by VOX studied the effect of early retirement on Australian blue collar workers. They found that those who retire earlier have a higher risk of dying before the age of 67. They believe that a number of factors can increase the likelihood of an early grave such as:

Whether these and other studies come anywhere near to the truth is for you to decide. For me they highlight the need to maintain an active life both mentally and physically.

Social interaction and daily challenges help to keep our mind and body ticking over. If a world class athlete stops training they will quickly drop down the competitive ranks. It’s the same for any of us, ‘you’ve got to use it before you lose it.’

Are you thinking about retiring early and feel worried about keeping active?

Or, have you decided to retire early and feel that it was the best decision you have ever made?

Get involved with the discussion and share your stories!