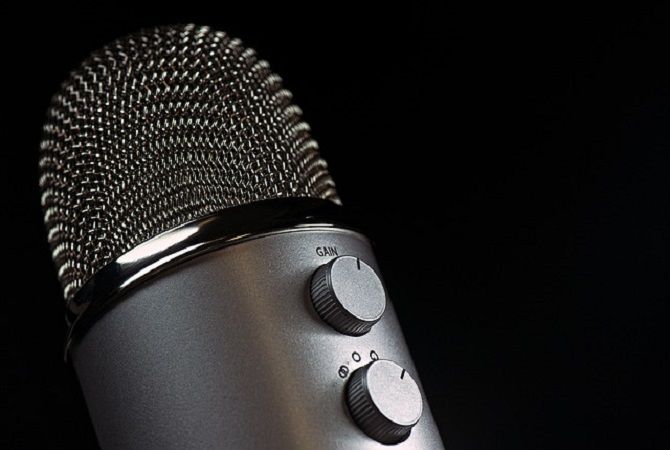 Creating a company: An interview with Rob Johnson, founder of Research Consulting, Part 1

We’re very pleased to be able to feature an interview with full time consultant and entrepreneur, Rob Johnson. His interview is so full of useful reflections for anyone considering working as an academic consultant that I’ve split it into two parts. This week, the focus is on starting out.

– You were once an employee at a University but have now set up your own company. What prompted you to strike out on your own?

Like a lot of people who decide to make a career change, it was a combination and ‘push’ and ‘pull’ factors. I was in a middle-management role at the University of Nottingham, which is a fantastic institution, and my role allowed me to get involved in a lot of really exciting research and commercial initiatives. After a while I realised that the bits of my job that I really enjoyed – working on projects and directly supporting academic researchers – were increasingly squeezed out by management responsibilities.  I started to question if this was how I wanted to spend the rest of my career, and whether there was something else I could do instead.

At the same time, I had some experience of bringing consultants into the organisation, who turned out to have very little understanding of academia and research. I began to think that maybe that there was a gap in the market. So I founded Research Consulting based on the idea that I was a consultant who really understood research and universities from the inside. I’d also worked as a consultant earlier in my career, so I knew what I was letting myself in for, and had a good grounding in the sales and business development side of things.

– Did you know from the beginning that you wanted to create a company, or perhaps just plan to be a freelancer? What did you know for sure at the outset?

To be honest I didn’t know anything for sure at the outset. My goals at that point didn’t extend much beyond surviving the first 6-12 months and still being able to pay the mortgage. That said, I knew it made sense for tax reasons for me to work through a company rather than being self-employed, and I tried to set the company up in a way that if things did go well, I wouldn’t constrain my options at a later date. That was why I went for a more generic company name, rather than just Rob Johnson Consulting, for example, which would always tie the company to me as an individual. I’d give others the same advice – even if you don’t know exactly what you want to do at the outset, try not to close off any options if you can avoid it.

– Did you have a fall-back plan, and do you think that it is important to have one?

Only in the very loosest sense, in that I originally trained as a Chartered Accountant and figured I’d always be able to find work using those skills if I had to. Otherwise no, I basically handed in my notice at the University and put all my eggs in the Research Consulting basket from that point on. Whether it’s important to have a fall-back plan really depends a lot on your individual circumstances. I was the main wage earner in our household, and my wife was actually on maternity leave when I started the company, so I knew I had to make it work, and that probably spurred me on in the early stages.

Some people manage to make the transition into consultancy or starting a business by doing so in parallel to their day job, or by slowly cutting their hours, and if your job allows for that, then great! In my case, my day job at the University was pretty full-on, so it wasn’t a viable option to do the two in parallel, and I realised I just had to make the jump, or not. I also think that if you try to hedge your bets too much and don’t fully commit to a new venture, then it is less likely to succeed. Once you make the commitment, the fear of failure that goes with that can be a great motivator!

– What do you think it was important to know at the beginning, and was there any planning that was superfluous?

There are a lot of mundane things you need to do at the start, which are important but easy to overlook. For example, you need professional indemnity insurance to work as a consultant, it may make sense to set up a company, you’ll need a business bank account, and you may have to register as a data controller if you hold client or personal data. Most consultants will also need to set up some template contracts to use with their clients, and you need to work out how to manage your invoicing, accounting and tax. There are lots of great cloud-based apps which can help with some of these things, so it’s worth investigating these and trying to get your back-office processes set up to run smoothly from the start.

I think a lot of my planning was superfluous in the sense that it didn’t come to fruition as I had intended, but that didn’t mean it was wasted. In the early stages I spent a lot of time simply worrying about where the next job would come from and how I was going to pay the mortgage. Planning gave me a way to channel that worry productively, and feel that I was taking control of the situation in some way. To give an example, soon after handing in my notice, I made a list of the people I knew who I thought might be potential prospects for work in the future. I’m not sure any of the people on the list have actually given me any work in the four years since, but just being able to write down a long list of names on paper helped me feel better about my decision to quit work.

– At what point did the brand name occur to you, and what key steps or measures did you take to secure and promote this brand?

The brand name, Research Consulting, was more of a happy coincidence than anything else. When I was first contemplating setting up the company I came up with a lengthy list of possible names, and then ended crossing nearly all of them off as I found either the company name or the website domain had already been registered. I think at some point I idly googled ‘Research Consulting’, thinking it was bound to be taken, and was amazed to find that there were no companies registered with that name, and the .co.uk domain was available for a few pounds. It seemed to encapsulate perfectly what we do, so I snapped it up.

I haven’t gone as far as registering a trademark for our name, and this is probably something I should get around to soon. The main investment I made at the outset was to pay a web designer to develop a professional looking site for us, and that was definitely worthwhile. We went through a full brand refresh and developed a new site last year, three years after starting the business. We also moved to a .com web domain, as we have been doing more work internationally and just using a .co.uk domain name was making it harder for people overseas to find us.

It’s nice when I talk to people and they say things like ‘oh yes I saw your report a few years ago on XYZ’ or ‘oh you’re from Research Consulting, I had assumed you were a really big company’. Those moments make me feel that we must be getting something right.

– How did you identify sources of income in your sector when you were just beginning? Is it any different now that you’re more experienced and established?

When I started, I thought that most of my income would come from individual universities since that was my own background and the market that I knew best. This was true for the first few months, and like a lot of new consultants I did quite a few bits of work for my former employer in the early days. This helped keep things ticking over, but over time I’ve found opportunities with a lot of other organisations and sectors. Today we still get about 25% of our business from universities, but we also do a lot of work with charities, government bodies, the NHS and private companies. About 20% of our revenue comes from clients outside the UK as well, mostly in Europe but also the US and Middle East, and that’s something we’re looking to grow further at the moment.

The key for me in finding new opportunities was getting our name out in the market, and making contacts wherever I could. So I made a point of going to a lot of conferences (ideally speaking at them to get a free place!), and also of writing blog posts and the odd commissioned article to raise our profile. I learned early on that the sales process for consultancy is quite slow, and that you often have to put a lot of effort into building credibility and trust before it translates into revenue. That approach suits me pretty well, as I’m not a natural sales person, and I think we’ve benefited as a business from prioritising long-term relationships over short-term gain.

– What have been your biggest sources of support along the way? Have there been any pleasant surprises?

I wrote a blog post after my first 12 months called three good reasons to start your own business, and they all came as something of a surprise:

I’ve probably revised my opinion on 2. in the last couple of years – the red tape has increased a lot as we’ve grown, taken on staff, and started to do more work internationally. But when you’re just starting out on your own it’s not that bad so long as you get good advice. It’s worth stressing that that doesn’t necessarily mean you have to pay for it – I made a point of speaking to friends, family, and people in my wider network who had run businesses or had relevant expertise, and got lots of really good advice for free.

My biggest source of support has undoubtedly been my wife, though. She keeps everything running at home while I’m juggling different client and business responsibilities, and has given me much-needed emotional support at the times it all seemed doomed to end in failure.

Next week: the second half of this interview, in which Rob reflects on some of the ingredients for success in this sector.

About the interviewee: Rob Johnson is the founder and director of Research Consulting, a mission-driven business which works to improve the effectiveness and impact of research and scholarly communication. Rob began his career with KPMG, the international professional services firm, and subsequently spent four years as Research Financial Controller and Head of Research Operations at the University of Nottingham.

Since founding Research Consulting in early 2013, he has worked on a wide range of projects in the fields of research management, open science and knowledge exchange. In addition to advising individual higher education institutions he has delivered assignments for government bodies, industry and charities. He has a particular interest in the move to open science, and is a member of the consortium tasked with monitoring the transition to open access in the United Kingdom.

All images used with permission.