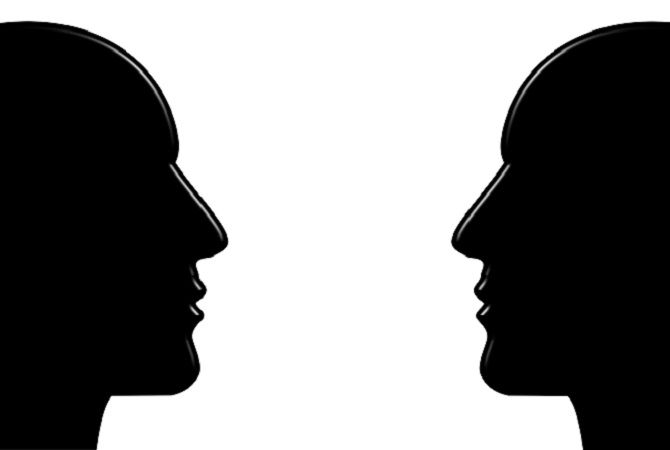 Our in-depth interview with full time consultant and entrepreneur, Rob Johnson continues. Last week we focused on the early days of creating a consultancy company. This week, we learn more about the ingredients for success in this sector.

– You often work with other freelancers and indeed with academic consultants. Can you describe the ideal collaborator that you like to work with?

That’s a good question, as there have been a few I have chosen not to work with again! The most important thing for me is simply that they deliver good quality work, on time. This sounds simple, but I’ve found it amazing how many people can’t stick to deadlines, and fail to communicate properly. Unfortunately some of the people I’ve worked with from an HE background have been most guilty of this, and carry over bad habits of missing deadlines and not responding to emails into a consultancy environment.

The academic consultants I’ve worked with have generally been people I know well, and that personal relationship has provided a sound basis for our working relationship. I’ve found it immensely helpful to work with academics on some of our projects, as they often have a breadth of knowledge on the topic that goes well beyond anything we can offer.

– Have you had an “ideal client project” and what are the ingredients that make it great?

One thing that I really enjoy is working with other small businesses who are trying to develop a new product or service. The people involved tend to be excited about what they are working on, and I often find I have some knowledge, insights or contacts that can really help them on their way. That combination of an enthusiastic client and the knowledge that you can make a genuine difference is what makes for a great project.

– What has been your most difficult business decision to make, so far?

I genuinely think the most difficult decision I’ve had to make was whether to start the business in the first place, since that meant giving up a secure job for a very uncertain future. Otherwise, the hardest decisions generally relate to people – whether to hire someone new, whether to keep them on, how to keep them happy and motivated. Most of the decisions about purely business matters seem difficult at the time, but are quickly forgotten about – even if a project or business meeting doesn’t go according to plan, you can usually put it behind you and move onto the next one. I’m very lucky that the three people in my team at the moment are all capable, great to work with and have a really positive attitude to what we do. Long may that continue!

– What do you think are the biggest differences between consultancy and academic work?

In a word, time. The projects we work on are usually a few months long at most, and we often have to get to grips with complex issues and a lot of existing literature in a very short period. We quite frequently look at topics that have been the subject of academic studies lasting two or three years, but we’re expected to produce results much more quickly.

The other difference is that we’re generally addressing a concrete need, on behalf of a specific organisation or group of stakeholders, rather than simply exploring a research question. That can be helpful in limiting the scope of our work, and it also means there is a clearer path to action based on our findings. The downside, of course, is that what people are prepared to pay for is not necessarily what you are most interested in investigating.

– What do you think are the biggest advantages of running a company compared with being a lone freelancer?

I think the biggest one is the social side – it can be lonely working on your own and not having any colleagues! Having other people working with you on your projects and being able to bounce ideas off them is great, and you can bring in people with skills that you don’t have yourself. You can do this to some extent by sub-contracting to other freelancers, but your mindset changes when you have employees, as you start to invest in people for the long term and develop your own culture. It’s very rewarding to create a positive working environment from scratch, and to be able to give people opportunities to grow and develop.

– And what are the disadvantages of running a company compared to working alone?

A lot of freelancers work through a company, so the two aren’t mutually exclusive, but in terms of having a business with staff and employees, the scary part is how much money you need to bring in just to turn a profit. Your risk profile goes up a lot when you take on staff members, as you suddenly have a lot more fixed costs to cover.  As I mentioned before, there’s also a lot more management and administration involved than when you work on your own, so you have to get used to doing things through other people, instead of doing it all yourself.

– Which skills have been most useful to you, since you started out on your own?

I think the single biggest skill, if that’s the right word, is simply the ability to keep going despite setbacks. It feels like a lot of our success has just accumulated over time by virtue of us being around for a few years, meaning people have got to know who we are and notice our track record. There are no shortcuts to that, but if you’re prepared to stick at something long enough you tend to get good at it, and be seen as being good at it.

The other things that have been useful to me have been a willingness to learn new things, and recognising my own limitations. There are a lot of projects we’ve worked on where we have collaborated with other freelancers or organisations, and the result has been far better than we could ever have delivered on our own. Knowing what you’re good at, and bringing in other people to handle the things you’re not so good at, is really crucial.

– Have you had any role model or good examples to follow, in the growth of your company?

I was very fortunate a couple of years ago to be accepted onto a business growth programme run by Nottingham University Business School, called Growth 100. This brought together around 30 business owners from across Nottingham, on a series of workshops over the course of 10 months. I got a lot of good advice on business growth from a mixture of University academics and experienced business mentors on the programme.

I also just relish the chance to talk to other business owners and learn from their experiences. My brother runs his own joinery business, and even though our markets are completely different, we often compare notes and encourage one another in what we do. I have also tried to seek out people in my own industry who have been around the block a few times, and learn from them. In many fields there will be people, maybe in their 60s or even 70s, who know the market inside out and, importantly, have a bit more time and willingness to help others than those who are still mid-career. These people can be really great mentors, so it’s worth seeking them out.

– What has been the biggest benefit to running your own company?

For me, it’s being entirely responsible for my work and actions, and knowing that anything I take on is a choice. Of course I make bad decisions at times, and have projects I wish I’d never accepted, but it’s very liberating to know that I have no-one to blame but myself.

– Would you do anything differently, if starting out again now?

Given the chance, I’d have spent less time worrying about where the next job was going to come from, and would have used the quiet times in the early stages of the business to spend more time with my family. As a consultant you generally can’t control the timing of when work arrives, you just have to keep doing good work, and sow the seeds for future opportunities. Provided you’re doing that, then I realise now you can afford to switch off and relax a bit in the quieter times.

Thanks very much for taking so much time to share your reflections with us!

About the interviewee: Rob Johnson is the founder and director of Research Consulting, a mission-driven business which works to improve the effectiveness and impact of research and scholarly communication. Rob began his career with KPMG, the international professional services firm, and subsequently spent four years as Research Financial Controller and Head of Research Operations at the University of Nottingham.

Since founding Research Consulting in early 2013, he has worked on a wide range of projects in the fields of research management, open science and knowledge exchange. In addition to advising individual higher education institutions he has delivered assignments for government bodies, industry and charities. He has a particular interest in the move to open science, and is a member of the consortium tasked with monitoring the transition to open access in the United Kingdom.

All images used with permission.