Let’s face it, nobody likes to be rejected. Whether a response to a course or job application or a journal submission – a rejection can make those steps of the career ladder feel especially slippery or wobbly underfoot.

The word rejection itself brings negative connotations over and above its simplest meaning: “saying no to”. Let’s imagine a child asks her mum for sweets before dinner. Mum says “no”, yet we wouldn’t say she had rejected her child.

‘To reject’ brings connotations of defectiveness: to dismiss, discard, cast aside. A bit like how the Raggy Dolls were treated at Mr Grimes’ toy factory – thrown into the Reject Bin (for those too young to remember, Raggy Dolls was an ‘80s children’s programme that followed the adventures of those perfectly imperfect dolls).

So, better not to even entertain the word “reject(ion)”. Rather, it’s a “saying no to”. If we don’t start rejecting the word rejection (the only time here we will allow its use), there’s the danger that the event (the ‘rejection’) will become generalised (“I’m always rejected; always will be”), and internalised (“I’m a reject”).

Raggy Dolls: Would we really call them rejects?

Let us revisit the child who was asking for sweets. Let’s imagine her mum gives her a choice: a small treat now OR a proper treat once she’s eaten her dinner. Which will she choose? Research has shown (the Stanford marshmallow experiment to be precise), that if she can resist the temptation to take the small treat immediately – delaying her gratification – then she has more chance of being rewarded in more than just sweets.

The ability to delay gratification is associated with greater educational and occupational achievement. A difficult skill to develop given that the Western world is one of instant gratification: digital immediacy (remember film cameras and having to wait a week or more for your photos?), a coffee shop on most corners, enticingly displayed sweets at shop counters… And we don’t just want it now, we also want it all: being bombarded by availability of possibility – what others already have and what we ourselves could have (whether success or the latest gadget), further impedes our abilities in both waiting and appreciating what we ourselves have. It also increases people’s propensity to be downright dissatisfied.

Adding to the pick-and-mix (excuse the pun – I couldn’t resist): let’s consider effects of the economic downturn. Loss of jobs and funding with expectations of equivalent outputs has put pressure on those in work as demands increase, as well as those seeking work as the opportunities for work decrease. We are seeing a trend in people voluntarily downgrading from more senior positions, further expanding the already-competitive job market. 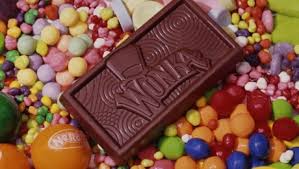 To enjoy now or later?

So where does this leave us? Just like the children who immediately gratified themselves at Willy Wonker’s chocolate factory weren’t those who received the greatest rewards, perhaps we need to practise delaying gratification – to prepare us for those instances where we have no choice but to wait (those ‘rejections’).

Reward yourself in remembering what you have already achieved, what you already have. Rather than focusing on an idealised future-self, look to what you have, and can do, right now.

We can reject the notion of rejection: it’s a ‘no’ for now, but it’s not a ‘never’. And the time when it’s a ‘yes’ will taste far sweeter I’m sure.

Dr Libby Watson is a Clinical Psychologist. She completed her Professional Doctorate at the University of East London (UEL), where she received the School of Psychology's research prize, and obtained her BSc in Psychology (with first-class honours) from the University of Sheffield. Libby is a Lecturer on the BACP accredited BSc Counselling programme at UEL. She also works as an Associate Lecturer at Birkbeck. Whilst adopting an integrative approach to her work, she also specialises in: Cognitive Behaviour Therapy (CBT) including 'third-wave' approaches; Cognitive Analytic Therapy (CAT); physical health (pain management, obesity and long-term health conditions); and qualitative research methods (specifically IPA). She also holds an honorary post in the psychotherapy department at St Thomas's Hospital.