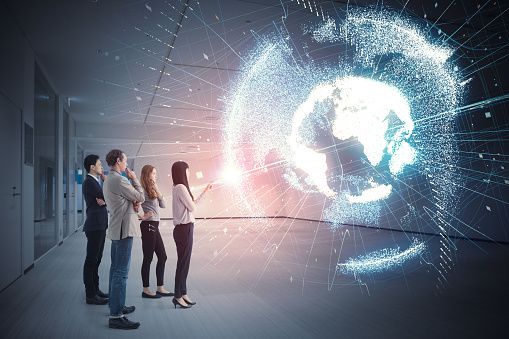 The newest series of Dr. Who has been consistently praised, not only because, for the first time, the doctor is a woman, but for chapters like “Rosa” (Chapter 3), in which the time travellers encounter activist Rosa Parks and learn about how she changed the status quo in racially segregated Alabama. Many parents were happy because the chapter had encouraged their children to ask questions about history and institutionalised racism.

The appearance of historical characters in a popular show to make us reflect about our present is nothing new. In the 1960s, while Rosa Parks and other activists vindicated their right to exist, a trope became common in American TV series: a character who thought himself to be decent was made to realise his inherent bigotry. In a chapter of Bewitched, a rich client saw Tabitha and her African American friend and assumed they were sisters from a mixed marriage. He spent the chapter clumsily trying to prove he had no problem, while being as offensive as possible. This was the time of the Civil Rights Movement. It was as if the country had woken up and realised that segregation was not the way ahead, even if it had existed for centuries.

A chapter of Bonanza comes to mind. It was my favourite TV series when I was fifteen, being rerun (dubbed into Spanish) for a new generation. I used to hurry my homework so I could watch it. That night’s chapter revolved around a teenage boy my age, who drove Virginia City crazy with his dangerous Physics experiments. He was obsessed about the speed of light. The ever-generous Cartwrights, seeing his talent, tried to get him accepted into naval academy Annapolis, so he could study and become a scientist. Unfortunately, there was an obstacle: Albert had been excluded from school for being a “troublemaker” and the headmaster refused to give him the letter of recommendation he needed. Any attempts to persuade him to give the boy a chance were met with a blunt refusal. Then, the Cartwrights discover that this apparent “troublemaker” spent his mornings in a barn, teaching other students who, like himself, had been excluded. If all of them wanted so desperately to learn, why were they expelled from school?

In the final scene, everybody assembled in the school and the headmaster was confronted with the truth. The children he had excluded were Americans born in Virginia City, but as Daddy Cartwright pointed out, they were different. They were Hispanic, Chinese, Native American or, in the case of Michelson, a Jewish of migrant descent (Prussian). It had not been their behaviour that got them excluded, but their ethnicity and their accents. In a narrative solution very common at the time, the headmaster saw the error of his ways, apologized to everybody for having failed in his duty to the children and offered to resign. All the excluded children and their parents decided to give him another chance. The headmaster and Albert shook hands and the boy got his recommendation. A voiceover then explained that Albert Michelson won the Physics Nobel Prize in 1907 for his experiments about the speed of light. He might have not been an average American, but he was the first American winning the Prize.

Just as the credits rolled, I ran to my room, picked my Physics book (a subject I detested) and searched for the speed of light. There it was, a small biography of Albert Michelson, a real-life person. While I shouted enthusiastically about my discovery, my mother was trying to hide her smile. I had learned that bigotry was wrong, I had learned about the importance of forgiveness and I was interested in Physics. Maybe it was a great idea she let me watch Bonanza.