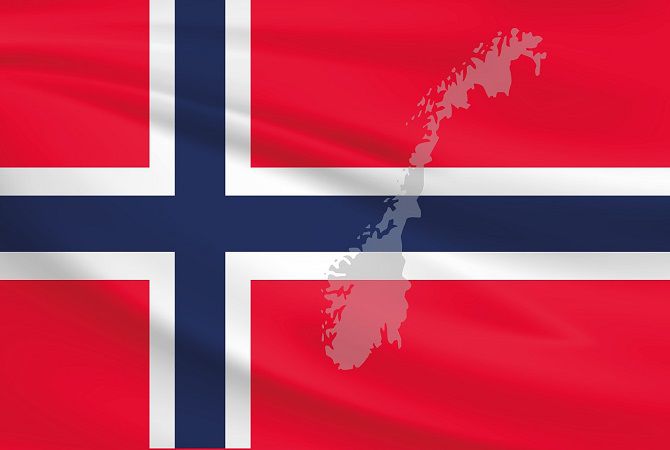 This is the third blogpost in our series by Kate Maxwell. Kate writes about themes of collaboration in research from Norway, although her experience is probably familiar to researchers around world.

I don’t know about where you are, but here in Norway we’re on full alert for The Summer. The national day celebrations are over, exams are underway, and heads are down for the final push before the ‘holy month’ of July, the month where everything from academic institutions to birthing units go into summer lock-down, the opposite of hibernation: an escape into the wilds in the search of repose and, with luck, fine weather.

However, as teaching and marking are laid aside, these last few weeks before the break are a chance for research. In my case, this is a combination of my commitments as a solo researcher (on multimodality and medieval music), as well as my collaborative work on (yes really) collaboration. But not just any collaboration: what we are studying is cross-disciplinary collaboration. What happens when the ‘hard’ and ‘soft’ sciences work together?

In the Norwegian context, this collaboration is currently actively sanctioned by the government, as I have previously outlined on this blog: the Research Council of Norway is actively funding cross-disciplinary research. Meanwhile, the kunnskapsminister (a rough translation would be ‘secretary of state for knowledge and education’) is directly addressing the question of the humanities’ relevance to society in his public speeches. These are themselves elegantly crafted, and his speechwriter surely deserves a pay rise for the following:

Barbarians are in the habit of launching warlike campaigns against the humanities … There are two types of usefulness discussions: one that is good, and one that is primitive – or barbaric. The primitive is to discuss how a subject must change in order to be useful in the short term. That is a blind alley. The interesting discussion is: given a subject’s unique characteristics, what is its relevance to society?

Torbjørn Røe Isaksen, ‘Klassisk for alle’, opening speech to the SPOR festival for the history of ideas, 1st February 2016 – last accessed 31st May 2016. In Norwegian; my translation.

I am currently visiting the cross-disciplinary projects we are shadowing to observe how their work is going. In general terms, it is going well. There is a great deal of respect, and fruitful research that is scientifically and societally relevant. What is apparent, however, is that the soft sciences are being incorporated into the service of the hard, and not the other way around. That is not really a surprise, given that the funding resources for the projects I am following came exclusively from the hard sciences, and their overarching goal is to work towards ‘a zero-emissions society’ (though this humanist immediately questions what that might actually mean). Still, there are no barbarians in the projects: although funding weighting (and thus overall workload) is unequal, there is no doubt in anyone’s minds that the humanities, arts, and social sciences can and should be incorporated further into STEM subjects (Science, Technology, Engineering, and Medicine), and indeed vice-versa. Getting the institutional and practical support in place is a far greater problem than changing the hearts and minds of those already involved.

While I was writing this blog update, in the United Kingdom the vice-chancellor of Queen’s University Belfast, himself a revered oncologist, made the following remarks in a newspaper interview:

To borrow kunnskapminister Røe Isaksen’s terminology, this statement is barbaric. It displays a naive ignorance not only of the sixth century (which, incidentally, was a time of rapid economic change and saw the birth of the prophet Mohammed), but of the study of history itself, which requires rigorous analysis, critical thinking, decision-making, and engagement with societal issues. Unluckily for me, though, I couldn’t even begin get all smug and think ‘that would never happen in Norway’. Not when the University of Bergen, on behalf of the Norwegian government, has just awarded the country’s foremost prize for scholarly achievement in the humanities, Holbergprisen, to Stephen Greenblatt, Harvard University’s John Cogan Professor of the Humanities. Here is one (Norwegian) response to the news of Greenblatt’s award:

I put down The Swerve on the table, and thought about how I had let myself read it as fiction. Yet it was supposed to be… not fiction. It is classified as non-fiction, and when I thought of it as a scholarly book, and thought of all those thousands and thousands of people out there who read it and believe every word because this man is an authority and wins prizes, I realized that this book is dangerous. … dangerous not only because it is inaccurate but more importantly because it subscribes to a progressivist model of history that insists on the onward march of society, a model that allows moderns like us to excuse our crimes and injustices because “at least we’re better than those medievals.” … [It displays an] enthusiastic, accessible style at a devastating, unethical cost: the misrepresentation of 1000 years of brilliant literature, vibrant culture, and actual people. It’s rewriting history to fit a detective story, and it’s being rewarded by those who don’t know better and those who should know better.

Laura Saetvit Miles, ‘The Ethics of Inventing Modernity: Stephen Greenblatt’s The Swerve’, In the Middle, 30th May 2016 – last accessed 31st May 2016.

The kunnskapsminister highlights the importance of rhetoric in his speech; here Laura Saetvit Miles outlines exactly how dangerous using rhetoric for one’s own ends can be. Collaborating with the humanities and social sciences can be dangerous. There are barbarians in the ranks, who, whether in good faith or not, twist data and research to their own ends. Careful analysis can reveal this, but if the Holberg prize committee do not engage in the very analysis methods which they are supposed to reward, how is the awarding of a prestigious prize to an already decorated scholar, despite the fierce scholarly objections to his work, anything other than fuel to the barbarians’ fires?

About the author: Kate Maxwell is an Associate Professor in music history at the University of Tromsø. Her research focuses on multimodality in medieval manuscripts, the notion of ‘performance’, and medieval French song. She is co-PI of the ‘idélab fellowship project’, funded by the Research Council of Norway, which serves to unite the projects funded by the 2014 idélab, as well as researching their cross-disciplinarity in action. She is also a clarinettist and composer, and proudly lives with her ‘goats’ (kids) in the Arctic circle. @skatemaxwell