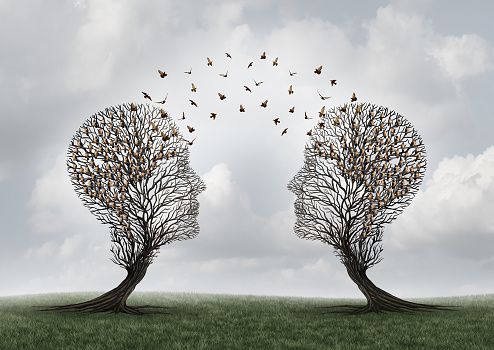 You were at the beginning of your career when you became jobs.ac.uk‘s first official employee and part of the original launch team; how did that opportunity come about?

I must be younger looking than I am because I wasn’t at the start of my career. If anything, I’d changed careers as I’d spent 7 years in the military before becoming a mature student. I first studied Psychology at Liverpool University before coming to WBS to study for an MA.

Like many students at Warwick, I’d signed up with Unitemps. At that time, Unitemps was only at Warwick. After doing a number of admin jobs via Unitemps, it was a pleasant surprise to receive a notification that Warwick’s HR department was looking for help with a web project. This was in 1997. It was the height of the dot com era. Everyone was going nuts about it.

After a week or so, I received an invite via Unitemps to attend an interview at the old University House (on main campus, next to the Arts Centre). My wife, Catherine, was on campus so we decided to go together.

We made our way to the HR department and sat outside Alex Sproat’s office. At that time, Alex was the Deputy Director of HR. As a ‘canny Scot’, Alex was instrumental in getting Unitemps started. He was also the driving force in starting jobs.ac.uk.

Alex invited both me and Catherine into his office. We then began a very relaxed ‘interview’. It mainly consisted of Alex asking me questions about how to do things online and whether I knew how to navigate the new online world. We got on immediately and I remember laughing a lot with Alex during the interview. Anyone who knew Alex will remember what a real character he was.

I think it was the next day that I received a message that I’d been successful, and that I should start reporting to Alex’s office to start my temporary, part-time, Unitemps job.

Looking back, is it surreal to think that you were the first ever employee?

I’m not sure if it’s surreal. But it’s a great memory to have and my only, ‘claim to fame’. As we got jobs.ac.uk off the ground, Alex remained in his jobs as Deputy Director of HR for some time. As the service took off and the service grew, it quickly became apparent that full-time employees were needed. Hence, my role was created. As is the way of the University, I still had to apply and be interviewed for the job I was doing, but it was all made official and I became the very first, of many, jobs.ac.uk people.

What are your memories of that time?

There are SO many! Too many to list here. Where do I start?

Well, we had to use not only Alex’s office in the early days, but also his computer. Which meant when it was my shift, he’d often have to stop what he was doing on his machine and leave the office for me to do my jobs.ac.uk work!

Alex was great in that he was open to ideas. He, plus my fellow Unitemp Chris – who was studying Computer Science at the uni – worked with Rory, a programmer from IT – to scope out the original design and functionality of the site. We literally described how jobs.ac.uk should work from the ground up. This included the look and feel of the site, how jobseekers would search for jobs, how we’d input jobs, how we’d charge for the service and so on.

I also remember very clearly how jobs.ac.uk nearly didn’t happen. Despite many institutions saying they would support it, initially, few did. We spent weeks in the early days begging for institutions to send us their vacancies. But change is hard and many didn’t for months. These were nervous times because the University had allocated around £20K for the project. If it didn’t work in that budget, then we’d be closed down. It was nervous time.

Nevertheless, using Alex’s contacts in HR, and a marketing promotion campaign that we put together, we slowly, very slowly, got people to send us their jobs. It was a trickle at first but I can’t tell you how exciting it was when Oxford and Cambridge started to use the service. We knew then that others would follow.

As Managing Director for over 4 years, what was your vision for jobs.ac.uk?

I wanted jobs.ac.uk to strengthen its position in HE and become THE place to look for jobs. I also wanted to provide a high quality service and to do so by looking after the amazing team of people who worked there.

During your 4 years as MD, what was your proudest moment?

Being asked to do the job in the first place!

As you help us look back on 20 years, what does jobs.ac.uk mean to you?

I am so proud and grateful to have been involved with jobs.ac.uk. I’m happy that we succeeded in those early days. Believe me, we were complete amateurs and nearly didn’t make it. I’m grateful to Alex and all he did and to all of the people I worked with over the years at the University, and in the wider HE community.

In the end, jobs.ac.uk did – and still does – mean everything to me. Long may it continue!