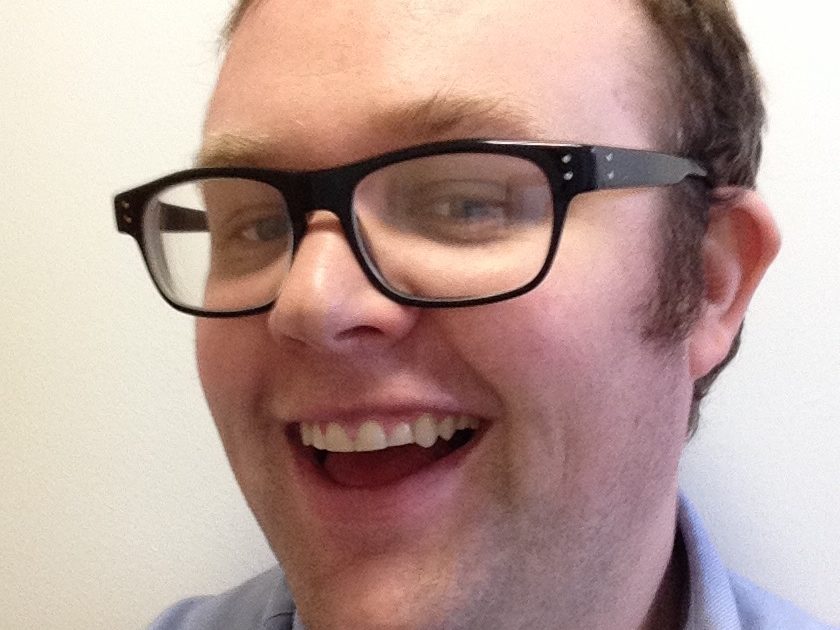 This guest blogpost is from Dr Christopher John Ferguson, who introduces himself at the end of this post. He offers us some useful tips on plain speaking to facilitate communication, which is rather handy after our recent survey results identified the difficulties of communication when making interdisciplinary connections.

There’s a tense moment in the Maltese Falcon when Sam is in the villain’s lair, Gutman’s sitting room. Gutman has been built up to be a terrifying figure, and now our hero sits face to face with him, playing it cool. What Gutman wants, he says as he pours his whiskey, is ‘plain speaking and clear understanding’.

But what a difficult thing that is to achieve. Gutman is ‘a man talking to a man who likes to talk’, but when we are in a situation where connections can be usefully made, we often miss our opportunities to communicate. So are there rules of talking that can be reasonably followed to help us network, to contribute and to get what we want out of conversations? How might we engage in ‘plain speaking and clear understanding’?

So often, conversations are not flowing, dialogic expressions of human information and collaboration. They are instead two people speaking at once, each waiting for the moment when the other pauses so that they might get their chance. Think of a time that you had a question for a speaker at a conference. While you were formulating what you were about to say, did your attention waiver from what was being said in the room? Be ready instead to give your interlocutor the attention they deserve.

2 You should use their name if you know it, and ask it if you don’t

It can be embarrassing to have forgotten someone’s name, but it’s better to ask than to worry about it. Once you know it, use it. A friend of mine used to run a pub in Edinburgh. He and his staff used to laugh at one particular sales rep who would insistently and constantly use everyone’s first name. ‘Aye, Sandy, no bother Sandy, I’ll get that ordered up for you, Sandy.’ Then they realised that they bought far more stock from him than anyone else. I’m not suggesting that you go to extremes, but using someone-you’ve-just-met’s name has two benefits: one is that it confers a certain amount of personal validation for your conversation partner; the other is that you are more likely to remember their name in the future.

3 You should know you are interesting

You know, sometimes we are so focussed on the minutiae of what we do that we lose track of how interesting we actually are. Like, how many PhDs feel unexceptional because they surround themselves with other people with PhDs? When in fact, only around 1% of people in the UK could claim their level of academic attainment. It’s the same for roles in a university or for disciplines. What you do is likely to be maddeningly fascinating for someone, even if it seems mundane to you. So don’t hide your light if you are ‘just’ an art historian, ‘just’ a research manager or ‘just’ a molecular biologist. You’re useful and interesting, and the next conversation you have could be with someone who needs someone just like you.

4 You should be generous

Impressions matter in networking. People enjoy talking to people who listen and who open up to them. If you are generous with your time and your insights then you will make a lasting, positive impression. It’s good to share something of yourself in conversation: some communication specialists call it ‘leverage’, and you may like to think about it as a system of exchange: a gift you give in expectation of a return. But you have an opportunity to offer something in every conversation, and doing so can help lead to effective and authentic communication.

5 You should speak the same language

Especially if you are working across disciplines, job titles or cultures, you should be careful to avoid jargon, acronyms and initialisations. Many people will ask about a word they don’t understand, but there are lots of folk who won’t interrupt you to ask what something means, in order to avoid breaking your flow, to not seem daft, or for other social reasons. There is no need to patronise someone, but neither should you expect them to have an in-depth knowledge of what you do. Likewise, do consider asking questions yourself. There’s a balance to be struck and practice will teach you how this is done.

Of course, every real networking opportunity, every real conversation requires two people exhibiting generosity, kindness and a willingness to make a connection. In the story of the Maltese Falcon, Gutman doesn’t participate in the discussion and Sam regrets that they cannot continue to work together. That costs Gutman dearly in the end, as readers of the story will know. So if you’re determined to find your ‘Maltese Falcon’, don’t forget that you’ll always need the help of other people. And the best way to get there is through ‘plain speaking and clear understanding’.

Here, Chris introduces himself: I’m a research funding officer, looking for ways to: help people find appropriate sources of funding for their research; develop and enhance researcher skills; and grow research networks. My previous life was as a researcher in modernist and post-modern literature, medieval Italian literature and detective fiction.