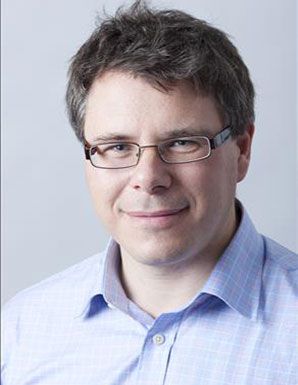 Jonathan Moss leads Coffey’s Governance Security and Justice team based in London. Here, he tells us about his work creating collaborative partnerships, and there are many aspects that researchers will recognise, from a focus on impact to international collaborations.

Over half of Coffey’s global business is focused on international development funded by UK, US, Australian governments and EU, and working in over 50 countries across Africa, Middle East and Asia Pacific. I lead our UK-based Governance Security and Justice practice whose particular focus is on the design and implementation of programmes intended to build the resilience and stability of fragile and conflict affected states.  Coffey is currently engaged in implementing programming in East Africa, Middle East and North Africa, Afghanistan and Pakistan.

Our market is changing – the UK government’s Building Stability Overseas Strategy (BSOS) seeks to achieve a better integrated and more holistic approach to supporting fragile states. There is a renewed emphasis on early interventions that head off state collapse and disintegration rather than simply seeking to manage the consequences.

There is also a recognition, bolstered by recent experiences in Iraq, Syria and Afghanistan that conventional approaches to train and equip indigenous forces, and to implement OECD best practices to top down institutional reform in government which delivers limited sustained impact relative to the investment required on the part of donors.

Successful initiatives tend to be those that enjoy a high degree of political ownership by critical local stakeholders in fragile states; that addresses problems which are considered to be locally important and that offer solutions that can be developed extended and scaled cheaply and effectively using locally available expertise.

This explains the rising popularity of approaches such as Problem Driven Iterative Adaptation (PDIA) – with a focus on initiatives that engage stakeholders to work to identify a series of tightly bounded locally nominated and owned problems and to encourage local innovation to test new ways of doing business that have potential to be scaled up. Of course the success of PDIA depends largely on selecting the right problems and this in turn depends on having the ability to rapidly develop and maintain a deep contextual understanding of local conditions.

Aside from understanding the environment and picking the ‘right’ problems as entry points, the emerging thinking places great store on developing a robust evidence base for decision making. This, together with the need for contextual understanding means that quality research is more important than ever in the context of supporting fragile and conflict affected states.

In practice effective mixed method qualitative and quantitative research strategies need to be designed to be implemented in very challenging environments where existing indigenous capacity is almost by definition weak to non-existent.

The opportunity is for organisations like Coffey to partner with both academic institutions and individual researchers to deliver innovative approaches to research that are capable of being rolled out in profoundly hostile environments and which are able to deliver an evidence base to inform the development of public policy in areas such as security, justice and local governance. Coffey has had some success in partnering with local academic institutions in fragile and conflict affected states and with the research and analysis units of national government institutions to build indigenous research capability and capacity for evidence based policy making.

We need to do more and Coffey is particularly interested in hearing from researchers and academic institutions that have an interest in partnering with counterparts in fragile states in the context of improving research capacity and promoting evidence based public policy decision making processes. This can take the form of academic partnerships or joint ventures to develop locally owned indigenous research organisations – private sector, NGOs or CSOs. Coffey believes that the changing environment offers new and exciting collaborative opportunities for vital research that can make a real contribution to supporting vulnerable communities in some of the most challenging countries.

With very many thanks to guest blogger, Jonathan Moss.  Coffey’s Governance Security and Justice team is currently working throughout the Middle East, North and East Africa and Asia. Jonathan has designed and implemented innovative and successful approaches to improving local governance, community security and local government service delivery in fragile states. In 2014 he was made an Officer of the Order of the British Empire for his work on local governance in Afghanistan. @Jonmoss666